A School on the Other Side of the World: Conservation Education during COVID-19 Lockdown

The North Carolina Zoo’s UNITE conservation education and teacher training project in Uganda has been operating in the villages around Kibale National Park for more than ten years. UNITE promotes environmentally sound attitudes, knowledge, and skills in native people by supporting local environmental and conservation education efforts. UNITE provides teachers with the tools and resources they need to teach about wildlife and resource conservation.

In rural areas in Uganda, virtual learning was not really an option. Instead, the government tried to issue student workbooks as a way to engage students in their homes, but the uptake wasn’t good. One of the reasons is teachers will mark and grade students in schools, but the workbooks that were distributed were not going to be seen by anyone other than the students’ parents and siblings, who, in many homes, cannot read or write. The lack of continuous engagement resulted in many students giving up on education, with some teenage boys going to towns for jobs and some teenage girls getting married.

UNITE identified this as a challenge in the communities where we work around Kibale and Queen Elizabeth National Parks in Uganda. To actively engage with learners and other members of these communities, we introduced two major activities: a radio drama program voiced by students and local leaders and a series of student workbooks, where we would provide feedback, unlike those issued by the government.

Radio is known to play an essential role in education. More than just informing people, it can inspire people to learn more, change attitudes, interests, and create an appreciation of the environment. Radio has immense value, particularly in developing countries like Uganda, where lack of resources affects awareness and education, planning, and administration. The radio drama, titled “Ndihuliza” –was aired on four FM radio stations and reached more than 50,000 people. Ndihuliza is the Ugandan word for the maize stalk, borer, or pest that destroys crops.

Ndihuliza literally means “come what may.” The pest gets its name from the fact that it continues feeding until the maize is harvested, roasted, or cooked, and the pest is killed in the process. The drama urged farmers not to act like Ndihuliza by using unsustainable agriculture practices until it was too late. The radio drama was intended to reinforce messages given to schools and local leaders during UNITE workshops over the last three years. The program tackled the following statements, each presented as an episode.

· Be aware of the dangers of bush burning.

· Consider alternatives to chemical fertilizer (and spray), such as green manure, animal manure, and composting.

· Agroforestry can help to improve soil fertility and prevent erosion. Protect and plant the right plant species where and whenever possible.

· Practice family planning so that your family size is manageable and sufficient to manage your agricultural land.

· Practice beekeeping as “a multiple-edged sword” practice in sustainable agriculture with enormous economic benefits, including ecosystem services (like pollination) and many consumable products (such as honey). 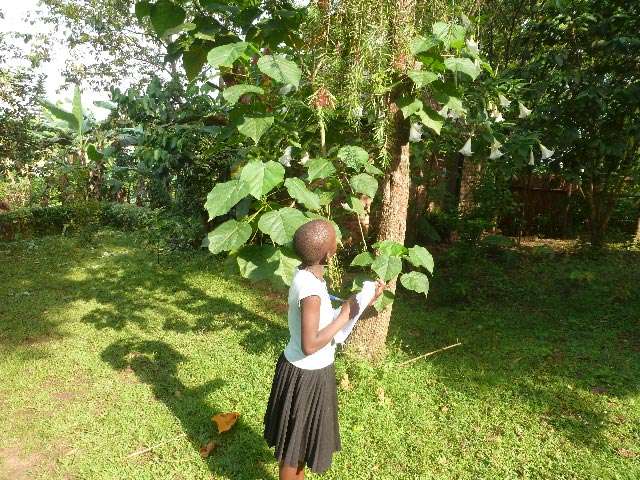 A UNITE student examining a tree for their workbook. 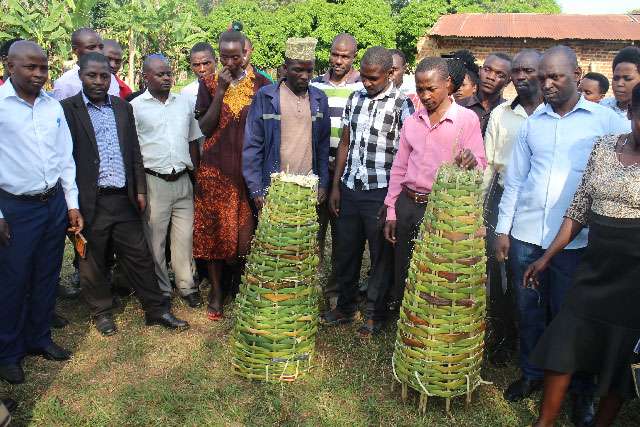 So far, the feedback we have indicates that the radio drama was successful and well received by its intended audience. We received many phone calls from different areas of the region after we aired each episode, callers saying how much they had learned about the topics from the drama, while others complimented our messaging.

Our other initiative was student workbooks, which were explicitly designed to engage children during the lockdown. This instance was the first time UNITE has implemented student workbooks, and therefore, it required more time and consultation. We developed workbooks for three student groups: Primary One to Primary Four (similar to elementary students in the US); Primary Five to Primary Seven (similar to middle school students in the US); and Secondary One to Secondary Six (equivalent to high school students in the US). The content in the workbooks was tailored for both Kibale National Park and Queen Elizabeth National Park schools. The topics covered were: 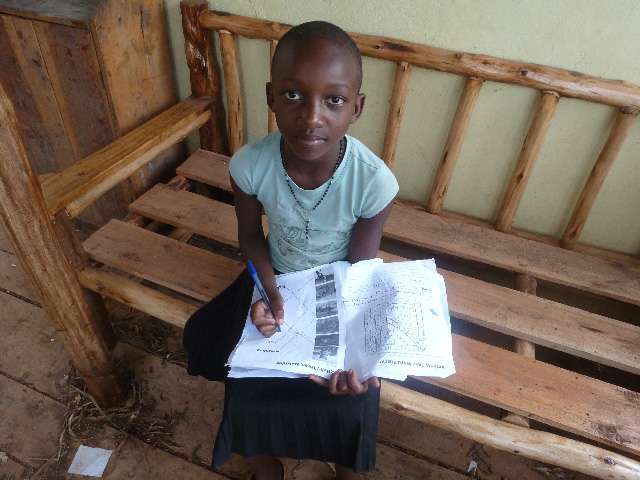 A student pausing from her UNITE workbook for a picture.

We included hands-on activities and integrated many subjects that we had previously covered in our regular, in-person UNITE teacher workshops. So far, we have produced five sets of workbooks and distributed more than 20,000 copies. The workbooks were recollected for marking through local council leaders. The best students per school/grade were awarded prizes ranging from a reusable school bag to a reusable water bottle.

Student workbooks were demand-driven, as parents needed to engage their children during the lockdown. UNITE provided this conservation education content. Uptake was very successful, with over 80% of the printed workbooks voluntarily returned by students and collected from their local council offices.

COVID-19 has brought many challenges and limitations to education, particularly in rural areas where virtual learning is impossible. UNITE’s efforts have helped engage students and their communities in environmental education even through these difficult times. 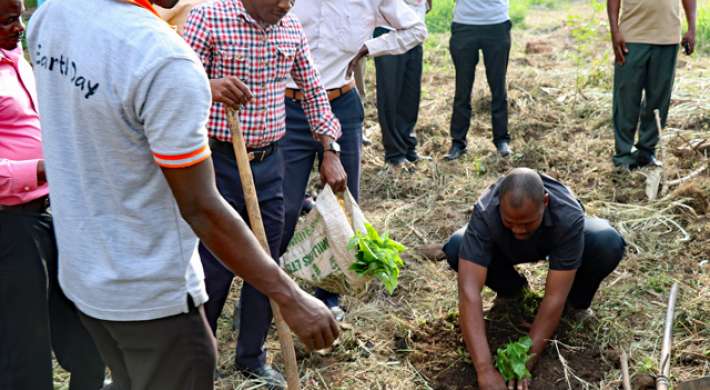 UNITE teachers are making a difference! 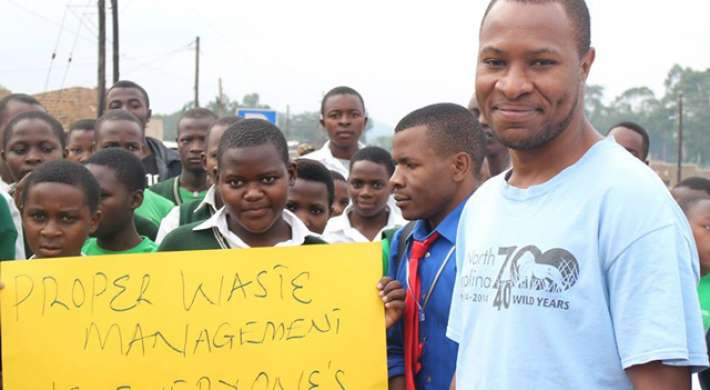 A School on the Other Side of the World: Building Future Conservationists

We must teach all over the world, to save the world! 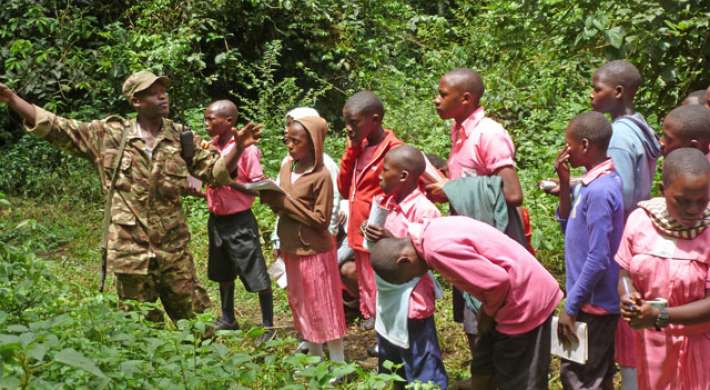 A School on the Other Side of the World: Taking Lessons from a Rain Forest to the Savannah

UNITE to save the environment, all over the world! 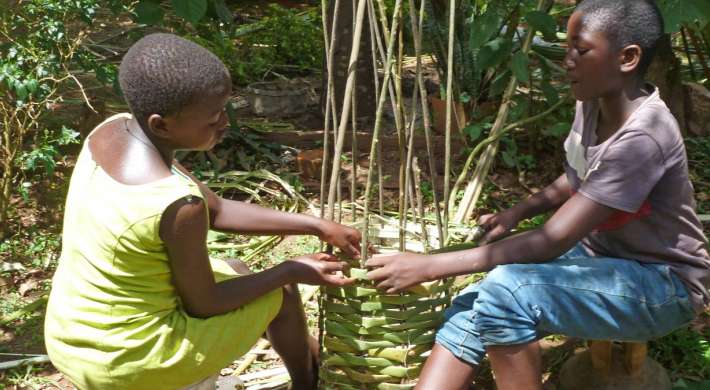 School On the Other Side of the World

Environmental education in Africa amidst a pandemic