We all want to "Be the change [we] want to see in the world," but where to start? In Uganda, the North Carolina Zoo's UNITE for the Environment program, with support from Cleveland Metroparks Zoo, creates change by working with teachers. Teachers have the power to make meaningful changes in their own lives and to influence students and even the broader community.

One of the biggest issues affecting wildlife conservation for important forest species like chimpanzees and the Endangered Ashy red colobus monkey is deforestation. Unfortunately, human populations living near critical forest habitats in Uganda have grown dramatically. There is limited electricity in these rural areas, and people rely heavily on cutting down wood for cooking needs leading to habitat destruction. In 2016, UNITE decided to focus our training efforts on a solution that could reduce the need for such wood.

In communities living around Kibale National Park, most families cook their food on a traditional three-stone stove. These "stoves" lose a lot of heat and cook slowly, produce a lot of smoke, and require a lot of wood. Fuel-efficient stoves are the alternative. These stoves require less wood and can be made mainly from natural materials, like grass and dirt, act more like an oven, contain the heat, cook faster, and channel smoke away from the cook using a chimney. 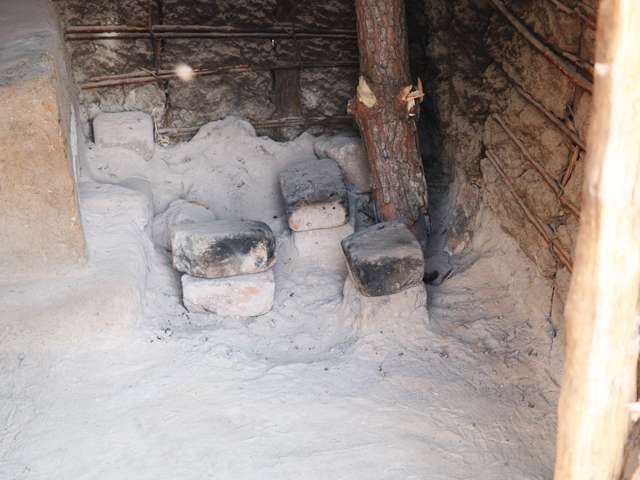 Traditional stove used by the communities

In 2016, UNITE staff employed by North Carolina Zoo taught 120 teachers from 12 schools how to build two different models of fuel-efficient stoves. What happened next is a testament to the community and how teachers can create multiplicative and sustained change. Over the following four years, teachers and students built 613 fuel-efficient stoves. They built stoves at their own homes, at the schools, at the homes of local leaders and colleagues, and an entrepreneurial group of students even started a small business selling their services in stove construction. Our staff continued to support teachers and students in their efforts, helping them troubleshoot construction issues and guiding them on stove maintenance.

Last year with the pandemic closing schools in Uganda, our staff decided to conduct a study further assessing the stoves. We conducted experiments of stoves built over the last four years to measure their fuel-efficiency by testing how much wood was needed to cook the same amount of food on a fuel-efficient stove versus a traditional one. We found that the fuel-efficient stoves stood up to the test, using less wood than traditional ones. In addition, we also found that student knowledge about and attitude towards fuel-efficient stoves had improved from beginning to end of the school year every year for three years, while no change occurred in students from similar control schools that didn't work with UNITE. 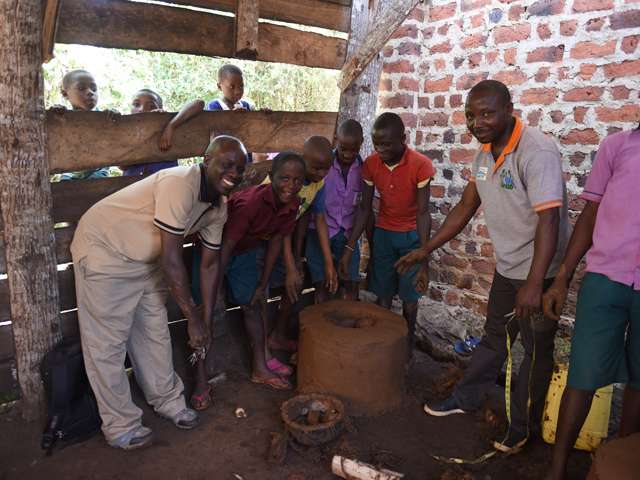 One of the greatest challenges in creating change is to make it lasting and sustainable. Our study of fuel-efficient stove construction demonstrated a multiplicative effect of working with teachers whereby more stoves were constructed than teachers taught initially. Still, we also showed that this behavior change was sustained over time. The community continued to build an average of 150 stoves a year, even several years after the original training program. While our staff has continued to support this effort, we have not re-done the training on this topic, so it demonstrates the continued interest and motivation of the community and the teachers we work with to build these stoves. Stoves reduce the need for fuelwood, thereby protecting the forests of Kibale and the wildlife that depend on them and improving people's lives, reducing smoke inhalation and time spent collecting wood and cooking.

UNITE teachers are making a difference, not just by educating their students, but by creating lasting effects that improve their lives and help conserve wildlife.

Further information on this work can be found in the original article published in the American Journal of Primatology here: ht 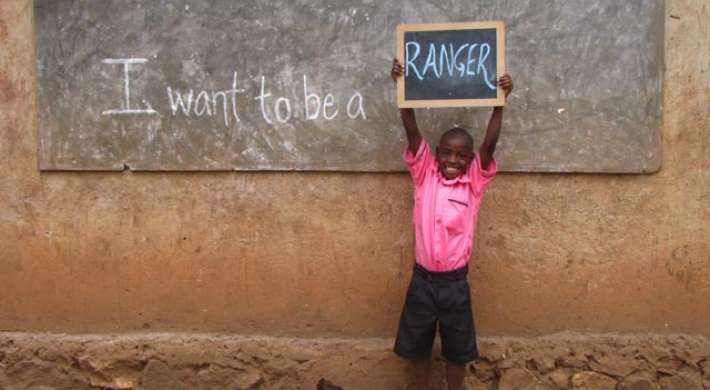