A School on the Other Side of the World: Building Future Conservationists

Teaching and engaging children at a young age to understand, appreciate, respect and contribute to the conservation of the environment is important because conservation decisions will belong to them in the future.

One of the ways we can enable the young generation to be future conservationists is to support conservation clubs.

Wildlife clubs were introduced in Uganda in the 1970s by an NGO-Wildlife Clubs of Uganda (WCU), and up to the late 1990s, wildlife clubs were very active in schools from all regions of the country. As a Conservation Club member during my primary school days, I remember how special it was. We had unique badges on our uniforms, had occasional trips to natural areas, and didn’t have to pay entrance fees but could get in using our club identity cards. We were in charge of conservation projects at our school. I must say, my work with the club had a significant influence on my career. However, in the early 2000s, things began to change within WCU, and there was no follow up with the clubs, especially in rural schools. Most wildlife clubs in the schools collapsed while in some schools the clubs existed by name but didn’t carry out any activities or have members. 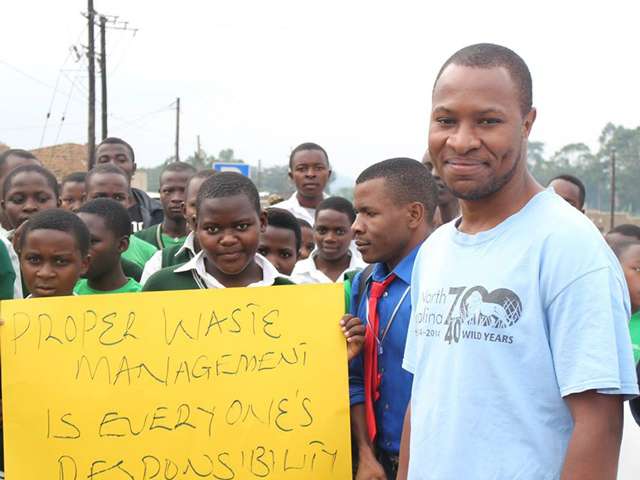 As a way of complementing our teacher training and empowering the students,  in 2015 the North Carolina Zoo’s UNITE for the Environment (UNITE) decided to create conservation clubs in each of the twelve schools we work with. All these schools are within a radius of five kilometers from the park. We decided to change the name to “conservation club” to create a distinction from the defunct wildlife clubs that had come before. We asked the school administration to identify a teacher among those who have received our training to act as a patron who would coordinate the conservation club activities. The teacher would work closely with the entire school staff to identify motivated students who want to learn more about the environment and protect those who would form the club’s members. The school administration welcomed the idea, and students were excited when the opportunity was shared with them.

The clubs have empowered students to explore environmental concepts and actions beyond the confines of the national curriculum. Through these clubs, children are involved in activities such as tree planting, waste management in schools and communities, building fuel-efficient stoves (which reduce the need for fuelwood from the forest), promoting sustainable agriculture practices such as composting and establishing kitchen gardens among others. All these are geared towards conservation of Kibale National Park and its environs.

At the beginning of each year, the clubs meet to share work plans, and collectively discuss them and improve them with our guidance. At the end of the year, the clubs meet to report on the projects implemented and the challenges they face. Progress reports help us keep track of the projects implemented and deal with similar challenges if they come up again. The meetings are also a platform to share ideas among club members from different UNITE schools.

The clubs are forums through which students have reached out to influence and engage their parents and neighboring communities to promote sound environmental behavior. Community members around Kibale National Park have embraced projects taken on by UNITE and championed by the clubs, such as the use of fuel-efficient stoves and proper waste management practices. Each year, UNITE supports the clubs as they endeavor to find ways to protect the environment and award the most successful club to supplement their following year’s work plan. We have been amazed by all the clubs that have accomplished. 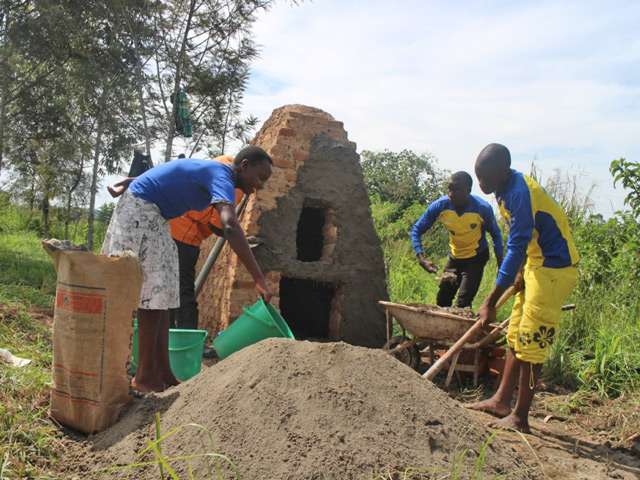 The most rewarding part is to see previous conservation club members, who have finished school, that have gone on to found youth conservation movements in their communities. An example is Kabandize Joseph, who founded the Kibale Conservation Club after his senior year in high school in 2017. Joseph is a former student at Bigodi Primary School and Bigodi Secondary School, both UNITE schools. He was an active conservation club member and club President.

Kibale Conservation Club has about 34 youth members, many of whom are former conservation club members from different UNITE schools. According to Joseph, the youths have been able to practice the knowledge and skills learned during their times in UNITE schools. Through their after school club, they have built over 50 Fuel-efficient stoves, planted over 200 indigenous trees, trained school conservation clubs and other members of the community on how to recycle plastic bottles to make waste bins and conducted over 20 clean-ups in the community.

Pictured Above: Joseph teaching students at his former school how to make a plastic waste bin

As a conservation organization, I believe one of the biggest contributions we can make is grooming the next generation into future leaders. They appreciate conservation, are compassionate about it and can take sustainable actions to make a difference in their communities.