At the North Carolina Zoo, we love to incorporate the animals in our care with conservation efforts for their counterparts in the wild. Often this is through educational tours, veterinary or behavioral research, or just guest appreciation for all things wild. Sometimes our efforts are less conventional.

Early in 2020, photographer Joel Sartore visited the North Carolina Zoo while traveling through the southeast. Joel is the founder of the Photo Ark, a groundbreaking effort with National Geographic to document species before they disappear—and to get people to care while there's still time. After reviewing our species list, he identified animals he would like to add to the Photo Ark gallery, with several African antelope species from our Watani Grasslands habitat included. 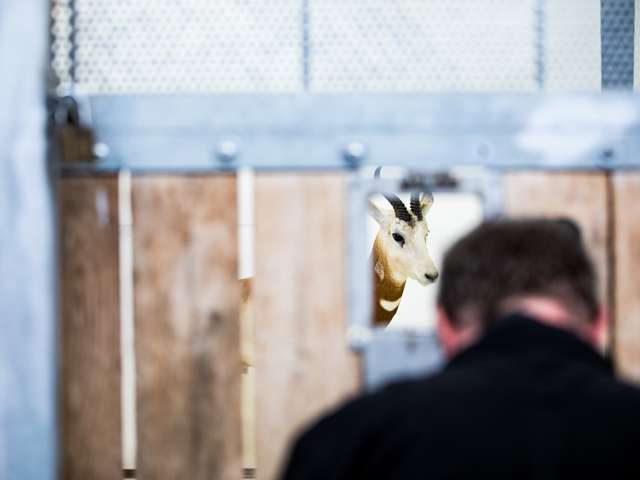 The project's mission is to collect images of all species on both solid white and solid black backgrounds. The animals need to be relaxed, beautifully lit, and engaging in eye contact with the camera to capture the personality of each species and help people truly feel a connection with the animal. From tiny frogs to massive elephants, every subject fills the frame the same way because each species is just as important as the next to conserve. To achieve this, we had to modify stalls, acclimate the animals to the space, direct sight to their faces and set up lights.

Above: a glimpse at the teamwork it takes to capture the amazing images for the Photo Ark

Keepers set out measuring stalls and gathering supplies to prepare for our photoshoot. Plans were made in one of our holding barns to set up both a black and a white stall where the oryx would recover from his procedure. We created an additional white stall in another barn to photograph several other antelope species to add to the gallery.  We used an 8' x 12' painted hardboard to cover the stall walls 12 feet deep and 12 feet across.  Black mats were used to cover the floor in the black stall, but the floor in the white stall had to be painted.  While there are some touch-ups available in editing to make sure the black backgrounds are uniform, white is a much more challenging backdrop due to the varying shades of white (anyone who has bought paint for trim or molding can agree!). The shadows create a necessary depth to the images and animals.  Discreet "shooting windows" were cut into the stall doors below eye level for each individual. We also identified areas to mount lighting systems.

Pictured Above: The transformation of the holding stall walls.

Antelope are prey species, keenly attuned to the sights, smells, and sounds of their environment. As herd animals, they are often uncomfortable when alone. The stalls were modified weeks in advance so the smell of the paint would fade, the newness of the colors on the walls and floors would wear off, and the animals would be familiar with shifting in and out of the prepared area.

The day of our photoshoot began with our fringe-eared oryx, Somali. We started early in the morning to take advantage of the cooler temperatures and kept activity in the barns to a minimum. Unfortunately, we did not anticipate the visual effect of the lights high above his head. I have a deep appreciation for Joel and his work as a photographer. Still, I have greater respect for his commitment to animal behavior and welfare. His philosophy is to show each species at its best, relaxed and engaging with the camera. To achieve this, he advocates a strong commitment to training, desensitization, and, most of all, patience. We both quickly realized that Somali was uncomfortable and would not have time to acclimate to the lighting. Therefore he wouldn't be the model needed to capture the essence of this species that we wanted. The photoshoot ended without a single picture taken. 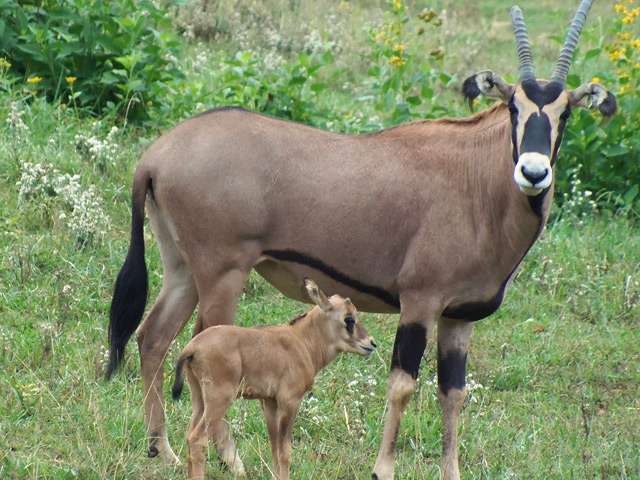 However, the day was still a success. From there, we moved to the next barn. We captured some breath-taking images of a male bongo and addra gazelle that will join the Photo Ark gallery as representatives of their species on a white background. We also realized the North Carolina Zoo is one of only a handful of institutions that have fringe-eared oryx in the United States; this only furthers our commitment to adding them to the Ark. Joel took time to discuss a plan with the team for how we could be more successful in conditioning our oryx to participate in a photo session for the next time he is in the area. A training plan is already in the works. We are confident our oryx will make the Zoo proud by joining this remarkable conservation project. 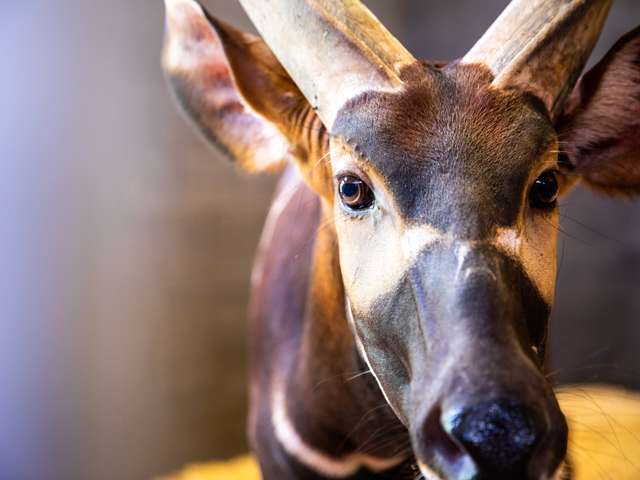 Did you know bongos are primarily nocturnal animals? Learn more about bongos.

Did you know that the long, thin legs of Addra gazelles provide extra surface area to help get rid of heat? Learn more about Addra gazelles. 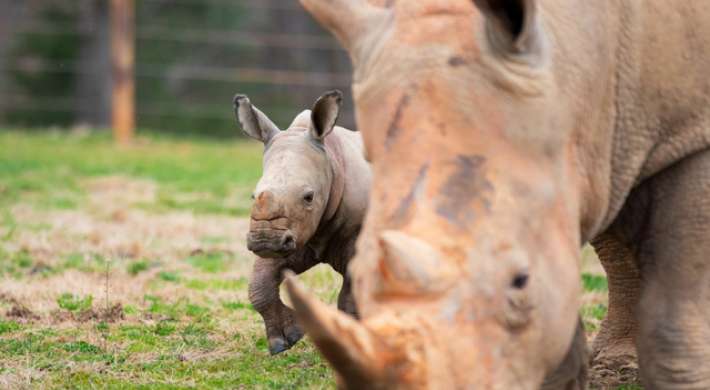 September 22 is International Rhino Day. Read how the zoo keeps our crash (a group of rhinos) moving along at a healthy pace.