Asheboro, N.C. — May 04, 2022 - The North Carolina Zoo sadly announces the death of Nori, an 11-year-old member of the chimpanzee troop who was euthanized on Monday after a period of declining health.

Nori, who was born at the Zoo on August 2, 2010, was described by Zoo staff as quirky and full of sass. When Nori was born, keepers immediately noticed that her mother wasn't showing the appropriate maternal care she needed to survive. After observing this for a few days, the animal care team decided to pull her for hand-rearing.

Though she was successfully reunited with the other chimps at four months and enjoyed a typical life with the troop, she started showing signs of being disoriented around the age of five.

Her clinical signs progressed to include loss of balance and eventually seizures. She was eventually diagnosed with epilepsy, a central nervous system disorder that also affects humans and causes recurrent episodes of sensory disturbance, loss of consciousness and seizures.

"We reached out to Duke Health early on in Nori's disease and started collaborating with a neurologist specializing in epilepsy," said the Zoo's Director of Animal Health, Dr. Jb Minter. "We attempted numerous antiseizure medications through the years with varying success, and unfortunately, Nori's seizures have never been fully controlled."

Over the past few years, Nori has experienced a steep decline in her quality of life, including increased seizure activity and excessive bodily injury. Dr. Minter said there is evidence that uncontrolled seizures, as is the case with Nori, cause brain injury, including neuronal death and physiological dysfunction.

Adding to her suffering were the medications that made her tired and drowsy. The rest of the chimp troop recently started avoiding her because chimps preferred to be around other, highly social animals. Feeling isolated with a lack of social interaction can be particularly distressing for a chimp.

Many Zoo staff and guests have watched Nori grow up over the years at the Zoo.

Jennifer Ireland, the Zoo's curator of mammals, was one keeper who helped hand-rear Nori.

"From the day she was born, Nori captured and held tight the hearts of all that knew her. Caring for her as an infant, watching her grow with the other chimps is the most rewarding and meaningful thing I have done in my career," said Ireland. "Nori was a goofball and full of sass. Nori's health challenges over the past few years have been tough on everyone. I cannot speak highly enough of Nori's care staff and the veterinary team at the North Carolina Zoo for all they have done to care for Nori over her lifetime."

Chimps are well-known for their intelligence, tool use, complex social structures and communication through vocalizations, gestures, body postures and facial expressions that convey emotions such as happiness, anger, depression and fear.

Chimps are among the five types of great apes, along with gorillas, orangutans, bonobos and humans. They are considered endangered in the wild because of habitat destruction of the forests of central Africa. As a result, their populations have steadily declined over the years. Although numbers are difficult to estimate, the International Union for Conservation of Nature (IUCN) believes there are 172,000 – 299,000 left in the wild.

The North Carolina Zoo is part of the Association of Zoos and Aquariums Chimpanzee Species Survival Plan, which helps monitor and guide zoo chimp populations. It supports the health and well-being of chimps in the wild. 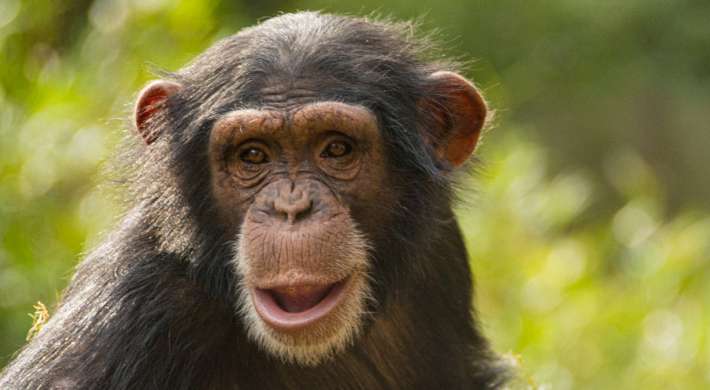 All the Love for Nori

Read about the incredible story of chimp Nori!