All the Love for Nori

Oh, Nori, how do I love thee? Let me count the ways. I've been getting a lot of flack lately since the Nat Geo WILD producers showed some of our managers the first cut of the episode of Secrets of the Zoo: North Carolina featuring Nori's story.  Apparently, I said that I loved her about ten times.  In the final cut, however, I only said it TWICE. So I'm writing this blog to make sure that everyone knows that I love this chimp so much (and maybe to answer some questions you might have after watching the show). I'm only into the first paragraph, and I've already said it three times, so buckle up y'all.

As zookeepers, we love every one of our animals under our care.  Some of them just stand out for whatever reason. For me, it's usually the underdog. And poor baby Nori was an underdog from the day she was born.

Nori's mother, Maki, was an inexperienced mother. At sixteen years old, she had never witnessed another chimp raise their young. This is social learning that's important for young females about to embark on motherhood. Unfortunately, when Nori was born, Maki didn't nurse Nori and spent less and less time holding her baby to keep her warm and protected. We were very reluctant to pull Nori to be hand-reared by humans, as chimps are always our number one choice for raising an infant chimp. But it became clear that Nori was not going to make it unless we intervened. For the next four months, staff and neo-natal volunteers took shifts caring for Nori 24 hours a day, seven days a week. And thus, my undying love for Nori was born.

Once Nori was reintroduced to the troop, she was adopted by our oldest female, Terry, who cared for Nori as if she were her own, and the next few years were pretty typical for a young chimp. Nori was the sweetest little thing. When any chimp was upset, Nori was the first to run over, embrace them and offer comfort.

Nori had typical accidents that any rambunctious, curious youngster might, leading to a swollen arm from a spider or snake bite and surgery for a broken arm. And then Terry passed away in her sleep from old age.  Nori mourned, but she was always so resilient, and nothing could keep that kid down for long. As Nori got a bit older, she became more of a trouble maker, testing her limits, seeing what she could get away with, and sorting out her place in the hierarchy. Some saw her as a bully or brat, but I just love her strong nature. 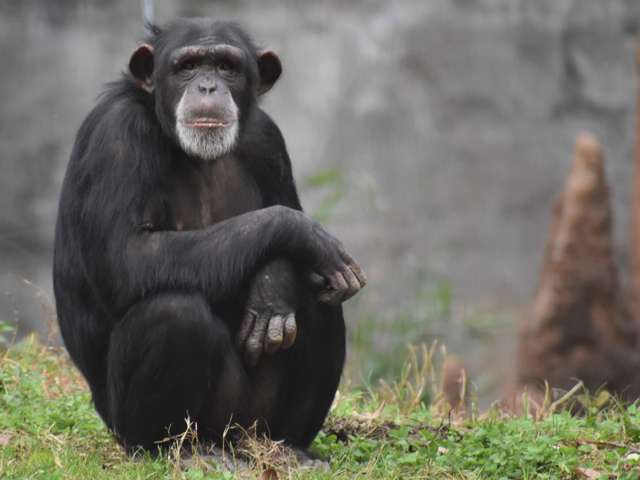 When Nori was five she started showing her first symptoms of epilepsy. Honestly, we didn't even realize what was happening. She would just blink really hard while she was eating.

She would then run off and act like a weirdo, dangling upside down by her feet or putting toys on her head.

So we just thought she was a nut (we weren't wrong about that), which made me laugh and love her just a little bit more.  It took a while before her "quirks" led to more concerning symptoms, like staring into space, looking disoriented, or losing her balance. The vets scheduled two trips to the vet school at N.C. State for MRIs to diagnose and monitor her epilepsy.

Nori was amazing. She voluntarily went into a transport crate for each trip and watched out the window as trees and clouds whizzed by.

The only times she would get upset was when a big rig would pass us on the road. I imagine an eighteen-wheeler out of nowhere, when you've never seen one before, would be pretty darn frightening. Once we got to the vet school, she took a voluntary hand injection to be anesthetized for her procedure.

The good news is that the second MRI showed that her condition was not getting worse. Her symptoms were possibly changing because, as she was aging, hormones were coming in to play. So we have been attempting to mitigate the seizures through medication.

Some medication has helped immensely; others we discontinued quickly because they left her lethargic and dopey.

Currently, most of her seizures last less than a minute, and she recovers quickly. We can check her blood levels through voluntary blood draws to make sure her medications are at the appropriate levels to be effective but not so high as to cause damage her organs.

Pictured Above: Nori participating in injection training with her keepers

So much of Nori's care has been facilitated by the training that we have accomplished together. Building the trust and bond between her and the entire keeper staff has allowed her to feel comfortable enough to be placed into a crate, have x-rays performed, take injections, allow blood draws (sometimes multiple a day!), and come off habitat in the middle of the day to take medicine. If she's going to trust us to that extent, I feel grateful to have the opportunity to form that strong of a relationship with another being. I just love her so much. 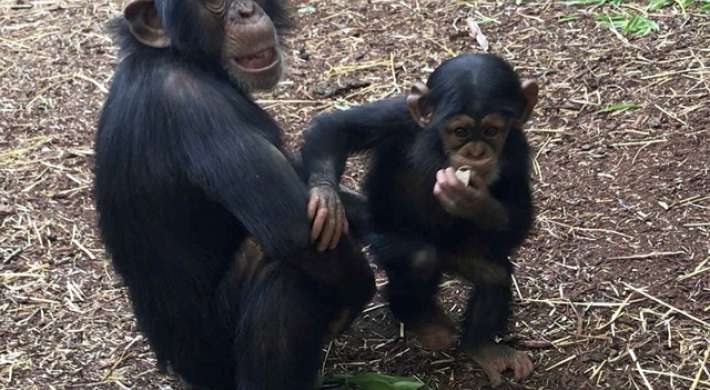 Learn more about the similarities in human and chimp cognition... 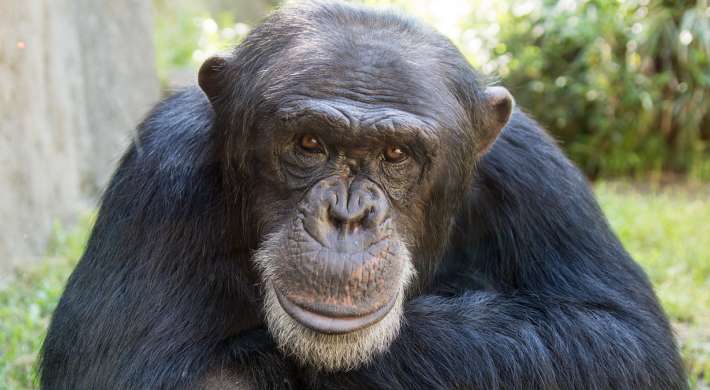 The Story of Chimp Kendall

Kendall had a rough start...

Catch up on our youngest troop members!