The North Carolina Zoo protects native wildlife and habitat through management of over 1,700 acres of undeveloped land in central North Carolina. These lands provide sanctuary for native mammals like bobcats, are critical for Federally Endangered plants like Schweinitz’s sunflower, and improves water quality for rare mussels downstream from the Zoo. By regularly conducting biological surveys on these and other properties across North Carolina, Zoo biologists provide valuable insight for land preservation and management, allowing partners to determine what areas are worthy of further conservation and thus ensure protection of North Carolina’s wild natural heritage. You can read more about the Zoo’s work on wild land preservation below, under related resources.

The North Carolina Zoo often relies on the generosity and foresight of private citizens to provide the financial resources required to protect intact wildlife habitat in the face of development pressures. For example, in 2011 Juanita Lamport Spalding left the Zoo a bequest of $1.2 million for acquisition and management of wildlife habitat in North Carolina. These funds were used to protect an oak-hickory forest on the 28-acre Middle Mountain tract along the northern boundary of the Zoo. Protection of this tract ensures wildlife will continue to move freely between the Zoo and other wild lands along Richland Creek to the north of the Zoo. The purchase of 37 acres of forested land to the west of the Zoo connects to U.S. Forest Service lands at the top of Harvey’s Ridge, a scenic mountain that is visible across from the Zoo’s main entrance. Lands purchased with other funding sources also enhance wildlife habitat around the Zoo, including 272 acres of forested land south of the Zoo—which will include a wildlife corridor connecting the Zoo’s main grounds to its Selma Cornelison Ward Preserve (323 acres) to the south, the latter holding rare wildflowers such as the white thoroughwort and tall boneset.

The longleaf pine savanna, a special ecosystem characterized by an open tree canopy that allows a rich ground cover consisting of grasses, orchids, and other wild flowers to flourish, contains some of the world’s most diverse plant ecosystems. Shaped by fire, this ecosystem once dominated much of the southeastern United States from Texas to Virginia. But farming, logging, and fire suppression have taken their toll, and today longleaf pines occur on only three percent of its original range.

Most remaining longleaf pine is found in the Coastal Plain, but the North Carolina Zoo’s 116-acre Nichols Preserve protects one of the finest stands of old-growth Piedmont longleaf pine in North Carolina. Due to the fragmented nature of most natural areas, many specialized ecosystems depend on active management to remain healthy. Zoo staff and partners from the NC Forest Service are bringing back the longleaf pine savanna on the Nichols Preserve by periodically setting low intensity controlled fires, which thin out the oak trees, keeping them from choking out the native pines, grasses, and wild flowers. This needs to be done very carefully, because not enough fire may not have the desired impact, while too much fire may be harmful to the ecosystem as well as human property and lives. The native plant community at Nichols Preserve has responded well to recent fires, with wild flowers such as the shaggy blazing star, wild quinine, compass plant, and large-flowered aster, as well as big bluestem grass making an appearance. With ongoing fire maintenance, the hope is that the area will soon be colonized by declining bird species of open habitats such as bobwhite quails, loggerhead shrikes and eastern meadowlark, and even the Federally Endangered red-cockaded woodpecker which once lived on the site. This habitat restoration will also benefit the timber rattlesnake, a North Carolina Species of Special Concern.

Some of the NC Zoo’s properties provides us with an opportunity to protect our natural and cultural heritage simultaneously. One such property is Ridge’s Mountain, of which the Zoo owns 282 acres. From a geological and natural perspective, the site harbors several special features, including igneous rock boulders reaching as high as 50 feet, upland pools, and Piedmont monadnock forest. In addition, the areas near the Mountain held a native American burial ground and a major Keyauwee Indian village at least until the 1600s. In the 1750s, a trading post for colonial-era travelers was established at the base of the mountain. The Randolph County Historic Landmark Preservation Commission recognized the historical significance of this site in 2016, when Ridge’s Mountain was declared a Cultural Heritage Site.

The natural areas that the NC Zoo protects also provide an ideal opportunity for the public at large to experience North Carolina’s natural wonders. One way to accomplish this is through an extensive (four mile) hiking trail system which is continuously expanded to allow visitors to explore new areas. One of the trail expansions currently underway is on Middle Mountain, where a loop trail will connect with the Purgatory Trial that starts at the North American parking lot. The trails also provide an ideal opportunity for educators from surrounding schools to allow students to apply what they were learning in the classroom. For example, in 2016 a group of 6th grade students from the Uwharrie Charter School visited Nichols Longleaf Pine Preserve to identify and collect specimens of invasive plant species. The students plan to use the plants they collected for a resource to inform citizens in their community about the causes and effects of invasive species. 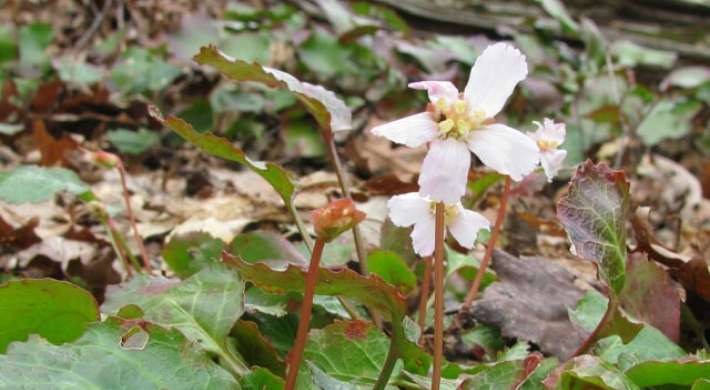 A Home for Imperiled Plants

The North Carolina Zoo’s plant collection includes several rare native plants, which are grown to help preserve the species and to raise public awareness of these natural treasures.

Did you know bobcats spend a lot of their time where two different habitats meet, sometimes called edge habitats? Learn more about bobcats.