2020 has been a weird year, and the one thing I think we all can agree on is that self-care is getting us through that. Self-care looks different when you’re a 13,000-pound African Elephant named Artie.

They spend most of their day walking around foraging for food and only sleep for a few hours a day. With all of that walking, they are bound to stub their toes on something.

Artie is a big goofy boy, especially when he is in “musth.” Musth is unique in that the male’s testosterone is heightened and can last as long as several months. Often times this is when we will see them engage in breeding behavior as well as other “show off behaviors,” think of it as the male elephant saying, “Look at me, I’m a big tough male!”.  Unfortunately, during one of these “look at me” behaviors, Artie got a rock stuck in his toenail between his nail and nail bed. 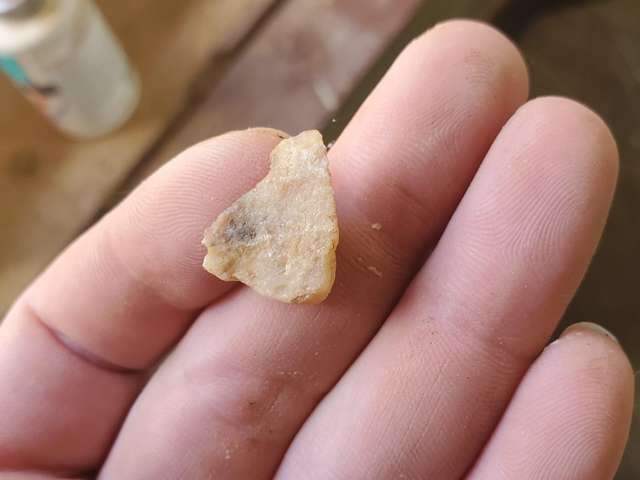 The rock that was stuck in Artie's toenail

Sounds painful, right? It is.

The wound that the rock made created an abscess, a swollen area of body tissue containing an accumulation of pus.

For an elephant in the wild, an infection like this can spread through the body and cause many issues, including death. This is where pedicures come into play. For the next several months, yes, months, we treated Artie’s wound with Epsom salt foot baths, which help draw out the infection, and nail trimmings.

As the abscess heals, we see part of the nail die off, making it more brittle, and it cracks and flakes. This is where our years of training as elephant keepers come into play. We use similar tools that a farrier uses with horses. Specific knives and a rasp tool, which looks like a giant nail file, are used to open and smooth out the crack enough to take pressure off of the nail as Artie walks around.

Artie's foot before a nail trim

With help from our veterinarian staff, we put together a treatment plan that included a non-steroidal, anti-inflammatory drug called bute, (souped-up Advil) to help with any pain, Epsom salt foot baths, and regular pedicures. This was Artie’s self-care regiment for three months.

As his foot healed and we could back off on the foot baths, we would see Artie stop where he usually got them and just stare at us like, “Hey, it’s time for my spa treatment.” He enjoyed his “me time” and showed all of us that even in these crazy COVID times that it’s nice to stop and soak your feet for a while. 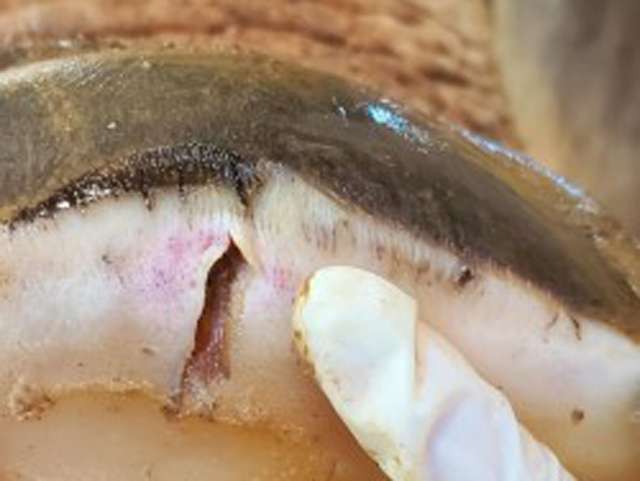 Artie is all healed now, but he still gets spa days. Elephant toenails grow rather slow, and he and the other elephants get pedicures about once a month. This allows keepers to assess their feet and take care of any overgrown nails that can cause discomfort.

Remember, in these crazy times, to take time for yourself and practice self-love and self-care. If you feel like going for a walk, come on out to the Zoo.  e’re open and excited to see everyone! Swing by the elephant habitats and say, “Hey!,” to all the elephants, especially our goofy boy Artie. 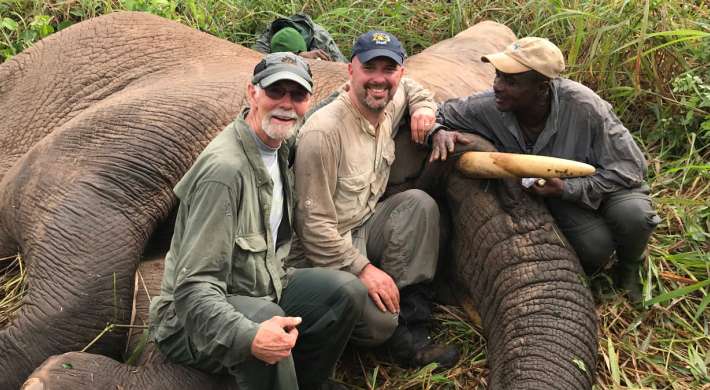 The impact of the North Carolina Zoo's veterinarians is worldwide, even in the most remote parts of the planet 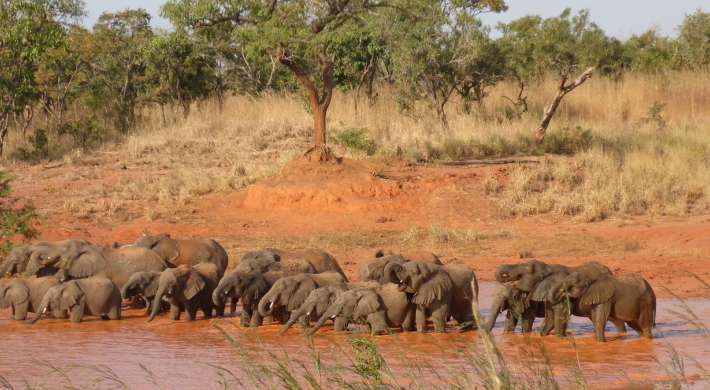 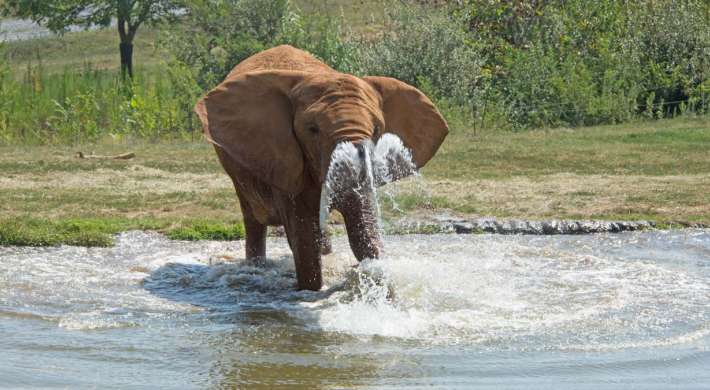