With more than 2,600 acres of natural areas, the North Carolina Zoo is home to many species of native wildlife. We regularly monitor the animals and plants on our land and carefully manage the land to provide good habitats for wildlife. Some of these animals are abundant and easily observed during the day. However, others are more rare, active only at night, or easily disturbed by humans. Camera traps (also known as trail cameras) are an important tool that we use to learn more about the animals on our land, especially the more elusive species that are difficult to observe.

Cameras are installed in the Zoo’s natural areas so we can learn about the native wildlife they support and identify the most important wildlife habitats.

Camera traps are useful tools for observing animals that are active at night, like this coyote, when we are not around to see them.

Camera traps have long been used by hunters to spy on game, and they have also become a powerful tool for wildlife research and conservation. These devices “trap” animals on photographs or videos when they move past their sensors. Most camera traps rely on passive infrared sensors that are automatically triggered when a change in temperature is detected. They also have an infrared flash mode so they can capture wildlife during the day and night without disturbing the animals. We often use a scent lure to attract animals to the cameras, such as fatty acid tablets, which are secured in pouches in front of the cameras. Our cameras can be programmed to take photos and videos so we can see not only which animals are around, but also what they are doing. For example, we’ve seen red foxes playing together and coyotes run by carrying prey.

Videos captured by our cameras can provide information on wildlife behavior, such as these red foxes playing together.

Camera traps have given us a better understanding of the wildlife species living in the Zoo’s natural areas and their relative abundance. The most common species are gray squirrels, white-trailed deer, raccoons, and Virginia opossums. These animals are most often of our properties, regardless of their size or habitat types. However, other species are rarer, such as coyotes, bobcats, and red foxes. These animals are usually found on our larger properties that are connected to other forested land, which demonstrates how important it is to protect large areas of quality habitat. Although our cameras are designed to detect medium and large mammals, we sometimes also capture other animals, such as birds, turtles, and snakes.

Bobcats are rarely captured on camera and only found on the Zoo’s larger, forested properties.

Our cameras are designed to detect mammals, but we sometimes capture other animals, such as turkeys.

We also use camera traps to learn about how native animals use the Zoo’s land. For example, we discovered that some animals often follow our hiking trails, such as foxes and coyotes. Other species, however, prefer undisturbed areas, such as deer and bobcats. Combined with other types of surveys, we are using camera trapping to monitor wildlife on several properties that are being restored. As habitat restoration proceeds on these properties, we are evaluating how the wildlife communities are shifting as the habitat improves. For example, as the Nichols Longleaf Pine Preserve transitions from a mixed pine-hardwood forest to an open woodland, we expect to see a shift towards more wildlife species that are adapted to this habitat, such as Fox squirrels, turkeys, and white-tailed deer. When new construction or renovation projects are developed at the Zoo, we also use camera traps to evaluate how they may impact native wildlife. One example of this is the Zoo’s upcoming Asia habitats. We use this information to preserve important movement corridors and reduce disruptions to wildlife as much as possible.

White-tailed deer are often captured on our cameras and expected to become abundant on some of our properties as we improve the habitat.

Raccoons are also common on Zoo lands, but not often seen off-camera since they are active mainly at night.

The North Carolina Zoo provides important habitat for many species of native wildlife, and camera traps help us learn about these species and identify the most important habitats for them. The photos and videos we obtain from our cameras can also reveal how animals are using the land and whether their numbers are increasing or decreasing. By using camera traps to gather this important information, we can better understand and protect the wildlife on our lands. 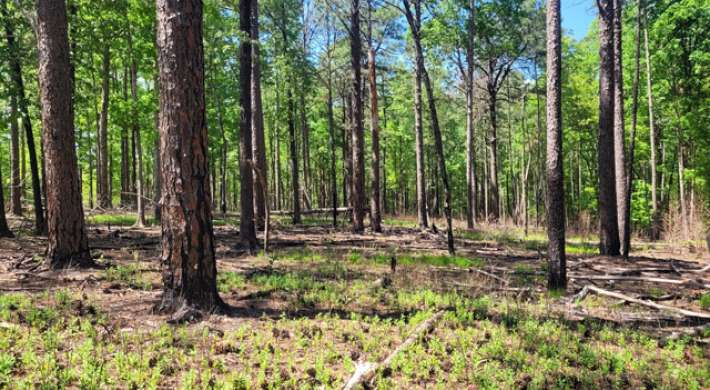 Nichols Longleaf Pine Preserve: Protecting the Giants of the Piedmont

Discover this protected, hidden gem in the Piedmont! 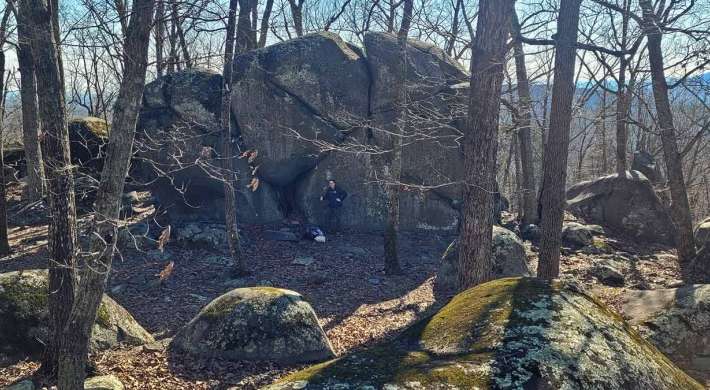 The summit of Ridge’s Mountain is covered by massive boulders and offers magnificent views of the surrounding landscape. 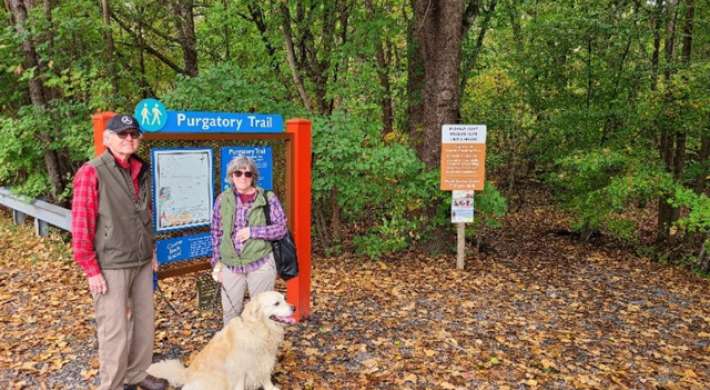 Spend Some Time in Purgatory: Exploring the Zoo’s Purgatory Mountain

Emerge yourself completely in nature with us!