If you visit the Watani Grasslands habitat or perhaps take a Zoofari bus tour, you will likely notice one of our rhinos, Abby, is missing her front primary horn. Abby hit her horn against a bollard and cracked it at the base on February 27; this happened when she was most likely roughhousing with the other rhinos. Over the next couple of days, the crack continued to travel around the base of the horn. She rubbed her itchy horn until the horn finally came off a few days later on March 1. 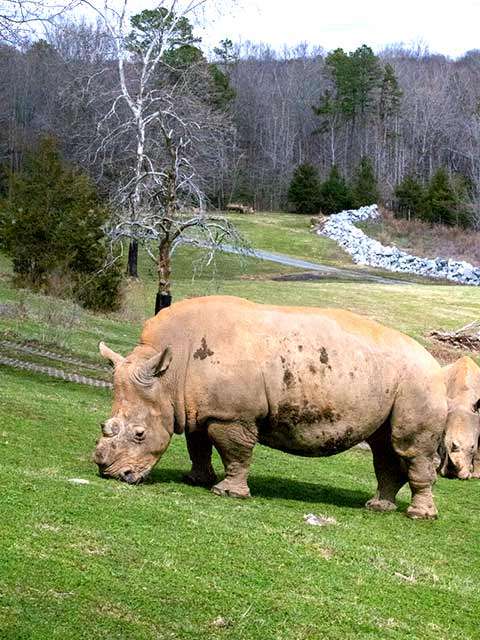 While this sounds dramatic, it’s not uncommon for rhinos both in the wild and under human care. It is very similar to stubbing your toe and having the nail eventually fall off, which is called an avulsion in medical terms. Just like your nail would, Abby's horn will slowly grow back. Unlike our African antelope, whose true horns are part of the skull bone, a rhino horn grows in thick fibers from a germinal bed like the hair on our head. However, instead of brushing the hair, rhinos will rub them on rocks and trees to compress them into the points so characteristic of all rhino species. (Maybe a mohawk is the human version of rhino horns?) Abby started shaping her new horn only a few days after the loss. It will grow at a little less than 3 inches a year, so it will be some time before she recreates her original 2-foot horn, but that won't be a problem.

While the horns are used for protection against predators or other rhinos, they are more often used to dig the wallows that rhinos use to coat their skin in mud. Here at the Zoo, our wallows are maintained on habitat by the other rhinos, and Abby has no trouble navigating social society within our herd.

Unfortunately, that characteristic horn is one of the reasons why rhino populations are declining. Some traditional Asian cultures mistakenly believe the horns have medicinal properties, but their healing abilities are no better than brewing tea from your hair or chewing your fingernails. (My mother broke me of that habit long ago). This misconception fuels the desire for horns in illegal markets at prices high enough to balance the risk of poaching, which is the unlawful harvesting of any animal product. Greed has the poachers cutting the horn below that germinal bed where the horn grows from, and, unlike Abby, those rhinos who survive poaching incidents will never grow horns again.

Many wildlife veterinarians, including those through North Carolina State University, treat the survivors of poaching and the calves of those who die due to losing their mother.

It is impossible to meet one of these gentle giants and not feel compassion for the plight of all five rhino species.

The good news is that the tides are changing, and campaigns to raise awareness and remove the myths about horns resonate in the younger populations of these countries. Support is increasing to help the rangers who protect rhinos and the sanctuaries that raise the orphaned calves with advanced technologies and improved veterinary care. Even better, one of the best ways you can help rhinos is to visit them! Most ranger salaries and equipment needs are funded through tourism revenue. If you are like me and just can't quite put together a trip to Africa or Asia at the moment, you can also visit them here at the North Carolina Zoo. Proceeds from N.C. Zoo Society tours, Zoofari experiences, and many giftshop items go directly to the conservation projects we support both locally and internationally. 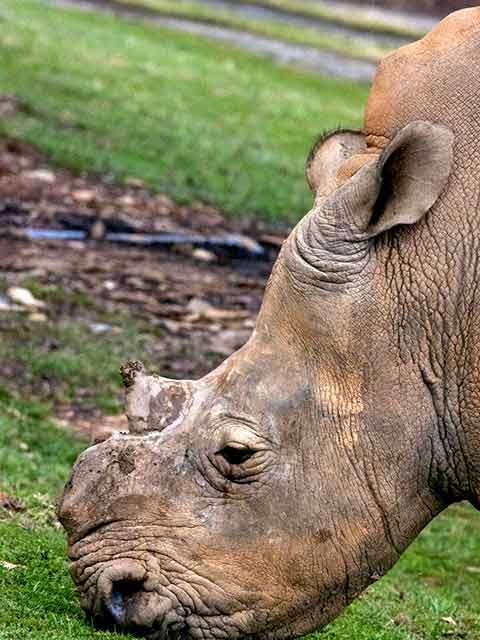 These include the support of rangers and anti-poaching efforts in Africa at Namibia’s Etosha National Park and the Kunene Region of northwestern Namibia, home to the last free-roaming population of the desert-adapted black rhinos.

In that way, Abby's striking new profile is telling a tale that will help save her species in the wild. 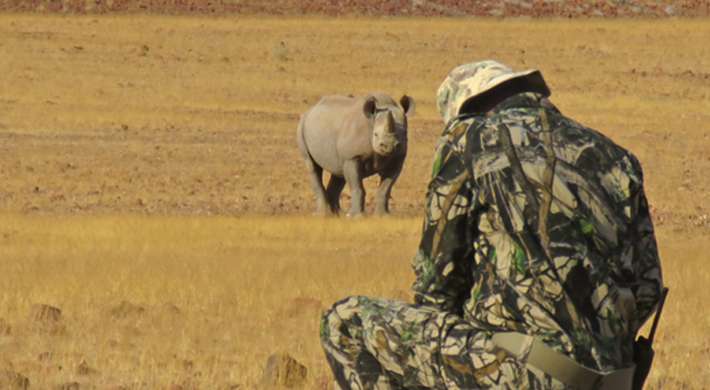 This spacious area of grass has large herds of elephants, antelope, and gazelles. The animals are free to graze on the plants that cover the 40-acre habitat.