Asheboro, N.C. (March 4, 2021) – The North Carolina Zoo was recently awarded a $50,000 grant from The Association of Zoos and Aquariums (AZA) as part of the: Saving Animals from Extinction® (SAFE) program. The grant is for the project titled “Ensuring Protection of the World’s Largest Black Rhino Population in the Face of the Global Corona Virus Pandemic.”

This project will provide essential support to maintain conservation activities that will benefit black rhino populations found in the southwest African country of Namibia.

“Because of the COVID-19 pandemic, rhino conservation in the region is in danger of coming to an almost complete halt,” said Dr. Rich Bergl, the Zoo’s director of Conservation, Education and Research. “The vast majority of conservation work there is supported by revenue generated by tourism. Namibia supports over one-third of the world's Critically Endangered black rhinos and contains the single largest population of black rhinos in the world in Etosha National Park."

This work will also benefit white rhinos, which occur in the same area, along with all the other wildlife.

A key component of these efforts is the anti-poaching software SMART (Spatial Monitoring and Reporting Tool), which the North Carolina Zoo helped develop. SMART allows rangers on patrol to collect essential conservation data on rugged smartphones. Data are analyzed back at headquarters to assess threats to rhinos and other wildlife. The grant will also provide logistical support to anti-poaching patrols (e.g., vehicle fuel and repair) along with maintaining the infrastructure necessary to promote rhino conservation, such as improved roads, water holes, and fencing.

“Despite the extraordinary challenges of the past year, AZA members have continued their dedication to saving animals from extinction, which further demonstrates that conservation is in the DNA of modern, accredited zoos and aquariums,” said Dan Ashe, president and CEO of the AZA.

Wild black rhino populations are estimated at only 5,600 individuals. The historical range of the black rhino included most of southern and eastern Africa until they were driven to near extinction. Poaching of their horns to supply the illegal international rhino horn trade remains the main threat to the species. In Namibia, they have received good protection from government agencies and have recovered somewhat in recent years.

The North Carolina Zoo is home to an all-female crash (or herd) of nine white rhinos on its 40-acre Watani Grasslands habitat. Adults Linda, Kit, Natalie, Abby, Olivia, juveniles Nandi and Bonnie (both born in 2018) and calves Mguu and Jojo born in 2020.

Images below: helping to save rhinos in the wild in Africa 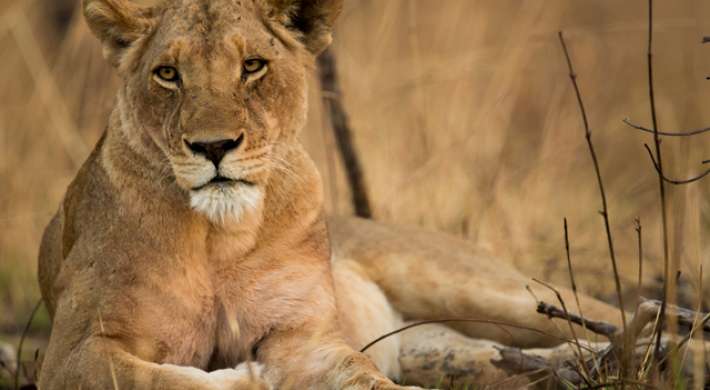 World Wildlife Day 2021: Conservation is at the heart of everything we do

The animals at the North Carolina Zoo are ambassadors for our conservation efforts abroad, where we work closely with local protected area staff, communities, and other leading conservation organizations to save animals from extinction.