The Desert is a glass-domed building designed to recreate an arid, colorful desert. Walk among free-flight birds, towering saguaros and watch the racing roadrunners.

The Banana Yucca (yuck-ka) is called such due to its large fruits which can be four to nine inches long. These fruits were a staple food for many Native American tribes, who consumed them raw, cooked or dried for winter use. In fact, Native Americans consumed most of this plant; young leaves were cooked as flavoring in soups, the flowers were eaten as a sugary treat and flower stems were cooked as a vegetable.

The USDA Plant Hardiness Zone Map is the standard by which gardeners and growers can determine which plants are most likely to thrive at a location. The map is based on the average annual minimum winter temperature, divided into 10-degree F zones. 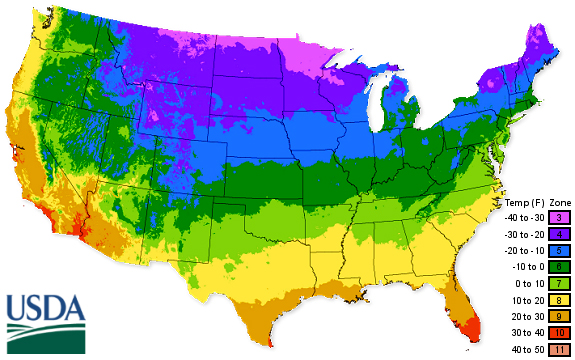