Asheboro, N.C. – August 3, 2022  - The North Carolina Zoo sadly announces the death of Reilly, a 23-year-old African lion who had been battling renal disease for several years. Reilly was the oldest male lion in an Association of Zoos and Aquariums (AZA)-accredited institution.

"He was so tolerant of his rambunctious offspring and was fiercely devoted to his lady lion, Mekita," said Zookeeper Beth Malott, who worked with Reilly for eight years. "Reilly was a one-of-a-kind soul, and his morning roars will be greatly missed."

Reilly had been battling renal disease for several years, and with his advanced age and weakened physical state, the animal care team and veterinarians made the heart-wrenching, quality-of-life decision to euthanize him.

"Renal disease is not uncommon for a cat of Reilly's advanced age, be it a domestic cat sitting on your chair at home or a lion at the Zoo," says Director of Animal Health and Chief Veterinarian, Dr. Jb Minter. "We had been extremely fortunate to be able to monitor the advancement of Reilly's renal disease over the years using operant conditioning to get blood from his tail, but unfortunately, the progression of the renal disease along with his previously diagnosed spinal disease proved to be too much. I will surely miss hearing his roar from across the park."

"As the oldest male in AZA zoos, he far exceeded the average lifespan for lions under human care," said Animal Management Supervisor Jodi Wiley, who worked with Reilly for seven years. "This speaks volumes of the amazing care the keepers have given him over the years."

He was born at Lincoln Park Zoo on February 7, 1999, and came to the Zoo on March 23, 2001. He fathered a total of nine offspring—three males and six females.

With Reilly's passing, Mekita is now the only lion at the Zoo. Decisions about future pride members, including possible mates for her, will be based on recommendations from the AZA.

A lion's average lifespan in the wild is about 10-15 years, while male lions under human care have a median life expectancy of 17 years. The males of this majestic species weigh up to 570 pounds, while females weigh up to 277 pounds. During peak health, Reilly weighed up to 440 pounds. At the time of his passing, he weighed 394 pounds.

African lions are listed as "Vulnerable" species by the International Union for Conservation of Nature (IUCN), with populations continuing to decrease due to habitat loss and poaching. An estimated 23,000 to 39,000 lions remain in the wild.

Lions are the only big cats that are social, living in "prides" comprising a dominant male, several females, and their offspring. They may sleep up to 20 hours per day. Lions are native to the savannahs and grasslands of Africa and can reach speeds of up to 50 mph for very short bursts.

Lions, in particular, have suffered due to poaching, unintentional snaring, and retaliation for livestock predation. The North Carolina Zoo actively supports conservation efforts across Africa, including implementing SMART-based monitoring systems that assist with anti-poaching efforts to help protect lions in areas critical for their survival.

At the North Carolina Zoo, we celebrate nature. As the world’s largest natural habitat Zoo, we inspire a lifelong curiosity about animals for the hundreds of thousands of people who visit our Zoo each year. Our dedicated team of experts provides exceptional, compassionate care for the more than 1,700 animals and 52,000 plants that call our Park home. We also lead efforts locally and globally to protect wildlife and wild places because we believe nature’s diversity is critical for our collective future. The North Carolina Zoo invites all of our guests to witness the majesty of the wild in the heart of North Carolina and welcomes everyone to join in our mission to protect nature’s diversity. Visit NCZoo.org to begin your life-changing journey. 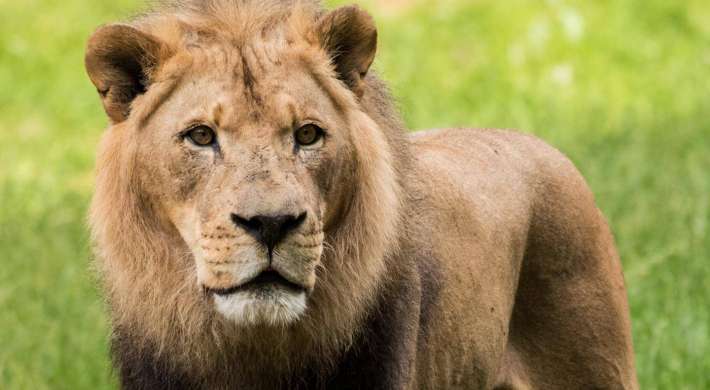 In the lion dating scene, sometimes a little poop can spark the perfect match. 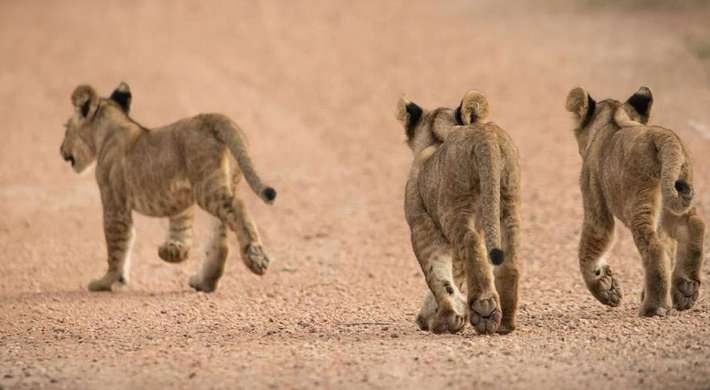 At the Front Lines: Ensuring a Future for Lions in Southern Africa

I am absolutely in awe of lions