North Carolina Zoo is saving hellbenders in the wild. Hellbenders are one of the largest species of salamander found in North America. Once widespread across the eastern United States, they have become rare in much of their range due to habitat loss and poor water quality. The Zoo aims to gain a better understanding of hellbender population declines and habitat needs by monitoring populations in clear mountain streams across western North Carolina. The Zoo has also initiated an experimental program to mitigate habitat damage, by strategically placing nest boxes in areas where they can act as shelter and breeding space for hellbenders.

Hellbenders are giant salamanders, growing up to 30” long that live in clean, swift-flowing streams. Once widespread in the eastern United States, they have become rare in much of their range due to habitat loss and poor water quality. The mountains in western North Carolina have some of the best remaining habitat for this elusive, nocturnal salamander.

Since 2007, the North Carolina Zoo has been conducting hellbender surveys in the North Carolina mountains. In partnership with the NC Wildlife Resources Commission, Zoo staff has been gathering scientific data on the current distribution and status of hellbenders, as well as data on health, reproductive success and habitat requirements. Zoo staff do this by conducting monthly surveys during spring and summer to monitor for hellbender presence. By obtaining data on hellbender distributions and habitat preferences, as well as population health, this research has supported the development and implementation of conservation action plans for hellbenders.

The Search for Hellbender DNA

Zoo staff has also been collecting water samples to look for environmental DNA (eDNA). This non-invasive research technique allows scientists to detect if hellbenders are found in a given location using water samples and looking for hellbender DNA. In the future, we will survey additional mountain streams for hellbender presence and will further investigate eDNA sampling techniques to refine our understanding of how it can be used to predict hellbender presence and abundance.

As we have come to a better understanding of hellbender populations, both in North Carolina and elsewhere, recommendations for hellbender conservation have been developed. One important step in planning for hellbender recovery is to determine effective strategies to mitigate aquatic habitat degradation, a critical obstacle in many watersheds. Hellbenders use large rocks to hide and breed. Sedimentation from poor land management practices and development can thus led to a loss of hellbender breeding sites and juvenile shelter habitat. To address the lack of denning sites, in 2017, the Zoo started a new initiative to test the ability of artificial nest boxes to augment natural shelter and breeding sites. These heavy cement boxes have to withstand river current, but will hopefully provide a safe haven for hellbenders. If nest boxes are successful for creating shelter and denning sites, this can provide several benefits to the population: better survival of adult hellbenders, increased breeding and hatching of larvae, and easier monitoring, since only the lids to the box needs to be lifted when searching for hellbenders, not the whole rock. The public can view one of these nest boxes in the hellbender habitat at Streamside. 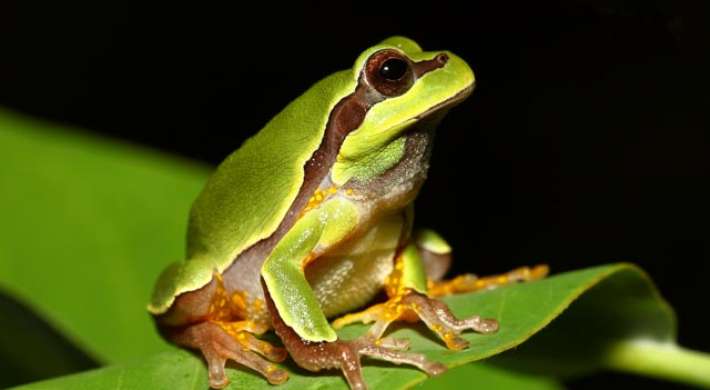 The North Carolina Zoo is helping to save several of North Carolina’s rare frogs by raising tadpoles and releasing them back into the wild.