Ronan, age nine, was relocated from the Reid Park Zoo in Tucson, Arizona, as recommended by the Association of Zoos and Aquariums (AZA). North Carolina Zookeeper Curtis Malott went out to Reid Park Zoo to meet Ronan and get to know him before assisting with his transfer.

Like all new animal arrivals, Ronan spent 30 days in quarantine at the North Carolina Zoo, where he was carefully monitored for any health issues. Following quarantine, Ronan is settling into his new habitat in the North American continent area of the Zoo. Since this past summer, the recently renovated grizzly bear habitat has remained empty following the death of Tommo, a beloved grizzly bear who lived at the North Carolina Zoo for 26 years.

Ronan has enjoyed exploring his new habitat and has already found a favorite spot in the den area behind the waterfall. Ronan’s favorite foods include trout, herring, meat, pears, bear chow, and of course, honey! 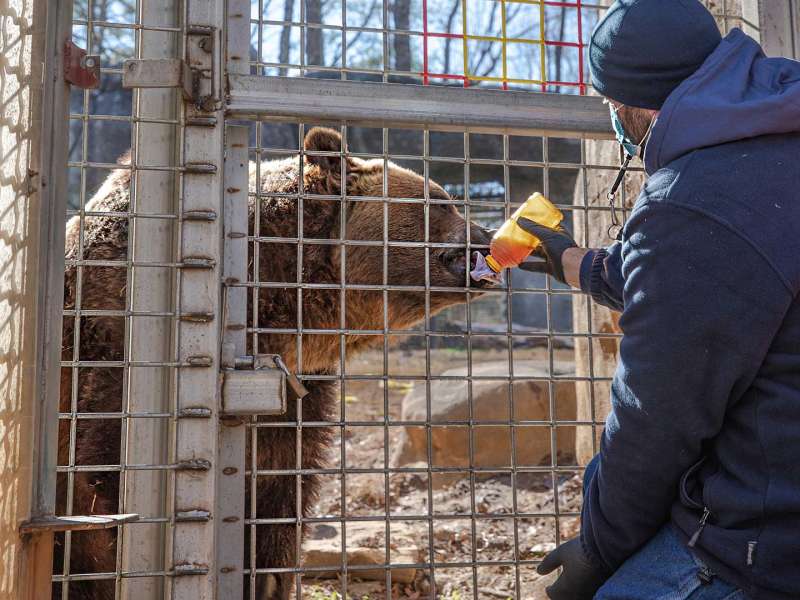 Ronan eating honey during a training session with Keeper Curtis.

Keeper Natalie Johnson is Ronan’s primary trainer and will be working with him on training behaviors to assist in his medical care. Natalie has been a keeper at the North Carolina Zoo for six years, caring for grizzlies, red wolves, bison, and elk over the past year, and previously caring for the polar bears, arctic foxes, sea lions, harbor seals, and seabirds, among other animals.

From his stay at Reid Park Zoo, Ronan already knows “target” – touching a red buoy target with his nose, “sit,” as well as presenting his paws. The entire Prairie team of keepers works on training Ronan to shift from his outdoor habitat to his indoor habitat so keepers can service each area – cleaning and hiding food for him to discover under logs and rocks and in enrichment items. 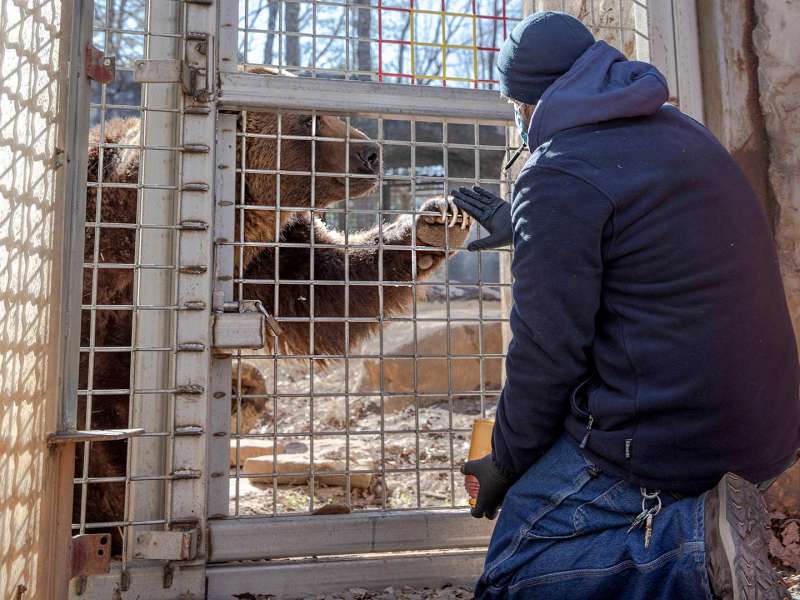 Ronan presenting his paw on the mesh during a training session.

Ronan and his twin sister Finley were rescued in 2013 and relocated to the Reid Park Zoo when they were barely one year old. That decision was made after wildlife officials deemed their mother a “nuisance bear.”

Nuisance bears have lost their fear of humans because they associate people as suppliers of food. Because of this, they pose a significant threat to humans (raiding campsites and hiking trails), and many bears, such as the mother, must be put down.

“Our team is so excited to be caring for a grizzly bear again,” said Natalie. “None can replace our beloved Tommo, but it has really been a joy working with Ronan so far. He is so smart! Be sure to stop by his habitat and say hello!” 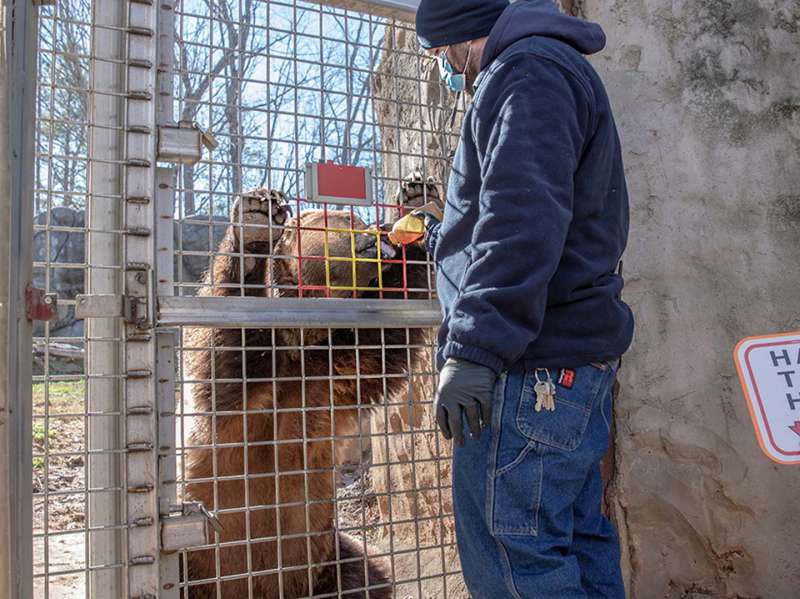 Male grizzlies in the wild live about 22 years and weigh 400-700 pounds. They can reach speeds of 30 mph for short distances.

Once prevalent throughout western North America, there are currently about 55,000 wild grizzly bears in North America, most of which live in Alaska. Approximately 1,500 grizzlies inhabit the lower 48 states of the U.S.