Jeff Muntifering, Science Adviser to Save the Rhino Trust Namibia

I first heard about ‘Damaraland’ – an old pre-independence name for a remote portion of Namibia’s north-west Kunene region – while I was a young 22-year-old American transplant working as a research assistant with the Cheetah Conservation Fund. Despite being somewhat smitten with the opportunity to work with the renowned Dr. Laurie Marker to help save cheetahs in their central Namibian stronghold, I became obsessed with what seemed almost mythical stories about ‘Damaraland’ and its vast wilderness and truly wild wildlife. Thus, there was no hesitation when an invitation arrived in late 2002 to join a local organization called Save the Rhino Trust (SRT) - who had been operating in Damaraland since the early 1980s - on a census for the critically endangered black rhino in Namibia’s Wild West.

Image below: rangers in Namibia working to save the black rhino

During this first trip in late 2002, I learned that SRT’s approach to rhino conservation was simple but highly effective. It employs local people who had exceptional traditional tracking and ‘bush’ skills, some of whom came from families known to have poached rhino and other wildlife. SRT offered an opportunity to earn an income by protecting rhinos instead of poaching them.

However, the work was tough and required rangers to walk sometimes over 10 hours a day in 120° F heat over incredibly rough terrain on 20-day patrols in search of the elusive, cantankerous rhinos – which were also known to charge when ‘disturbed.’

Observing this dedication by local people to a cause firsthand was truly inspiring, as was the realization that SRT’s people-centered approach to rhino conservation was challenging the conventional wisdom that rhinos could only be protected by ‘guns and fences.’ SRT was more than just a rhino conservation organization but a pioneering force behind an emerging community-based conservation movement – and I was hooked and knew this was a team I wanted to be on!

Image below: local rangers in Namibia

Since those early years, my role in SRT has primarily focused on providing science and strategic leadership in research, analysis and synthesizing information that helps improve decision-making. While SRT’s projects have grown to become more diverse, fundamental to all efforts has always remained our foundation of sound rhino monitoring information. However, managing this growing body of knowledge and ensuring that it was made available when needed was not always an easy task.

This has been particularly challenged over the past five years since establishing our new community rhino ranger program, which has catalyzed an increase in patrol effort and rhino sightings by 12 and 5-fold, respectively. While this was great news, it also brought with it additional pressure on our data management process. In short, we had become a ‘victim of our own success’ and desperately needed to re-assess our options and approach. What originated as a hard-copy photo album of rhinos in the early 90s, SRT’s data management system had evolved over the years to include various tools.

On the one hand, each seemed to bring a useful element to improving the system. Yet, on the other hand, each also introduced idiosyncrasies and complications. For example, just to see on a map where a specific rhino was seen required multiple steps of manual re-formatting and shifting between numerous programs. Additionally, as these ‘tools’ had become more sophisticated and specialized, I had noticed a significant divide and disconnect growing between our decision-making, data, and the rangers on the ground. Most worryingly, I could see the interest and dedication in the data waning in our rangers.

It was initially through my zoo-based network (my work with SRT was supported through my formal employment with Minnesota Zoo) that I first learned about a new technology called SMART in early 2016. I arranged to meet fellow zoo biologist, Dr. Richard Bergl, from North Carolina Zoo in Etosha National Park – where he was training Namibian government staff in the use of SMART technology (Spatial Monitoring and Reporting Tool). It only took a few minutes of chatting to Rich to realize that SMART would be a great fit for SRT. First, it was clear that SMART not only contains all the ‘tools’ that one needs but, more importantly, provides the ‘box’ that integrates them all seamlessly in a user-useful and user-friendly way. This was the technical fix we were after. Yet, more importantly, SMART has avoided becoming the dreaded ‘black box’ because its development process has adopted a ‘supportive’ mindset that promotes inclusivity in its use.

In other words, it is the fundamental belief by the development team, such as staff at North Carolina Zoo, that the SMART architects should be the very people that use and benefit from the outputs and that anyone with some basic computer skills could wield its power. This was the more elusive social fix we desperately sought, which would re-energize our rangers in their critical knowledge creation role. While the patrol data are still far from perfect, the improvements ushering in since we transitioned into SMART have been clearly notable, including patrol track logs becoming routine and very few rhino sightings without a confirmed identity.

Image below: rangers on patrol in Namibia

Further, our entire data entry procedure is now led by a young woman from the local community who has taken ownership of ‘her’ rhinos (Mbaripo, pictured below). Thus, I believe SMART’s most significant contribution to conservation is not the analytical and technical advances it certainly brings to the table. But instead – like SRT’s approach to rhino conservation – SMART provides a fundamental service that improves the value local people attach to saving rhinos by placing the knowledge and the ability to harness it (literally) in their own hands. In short, SMART fosters stewardship. From the rangers on the frontlines to the data analysts behind the computer to the manager making the decisions, SMART’s role in democratizing data will continue to be a game-changer in how technology influences conservation outcomes empowering people. 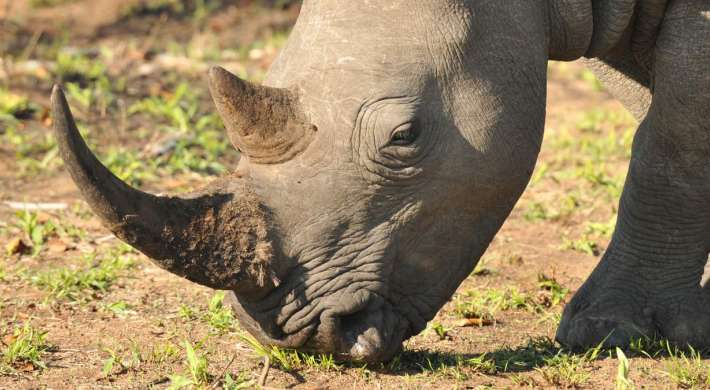 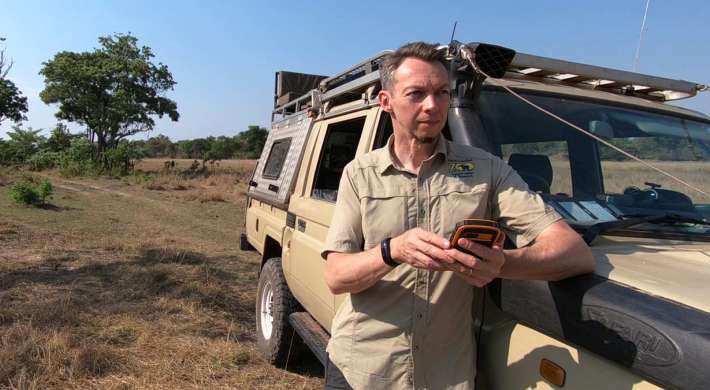 At the front lines: An introduction to our SMART approach

When I started doing wildlife conservation research more than 20 years ago, going to the field and collecting data was very different.