When I tell people that one of my favorite aspects of the job is saving snakes, I usually get the same response….”Why?”  Well, the reason is that we should all be interested in saving biodiversity, regardless of how we feel about an animal.  Most people are scared of or don’t like snakes because of myths they’ve heard over the years from the media, friends/family, and especially their parents!  The truth is that they play an important role in the ecosystem as both predator and prey, and they can even help us. Plus, most of what we hear about them is highly exaggerated, or completely untrue. So, once you get past those reasons, and treat them like a feathery or furry creature, it makes sense why we try to save them.

A great example of this involves one of our important conservation efforts with the Virgin Islands boa (VI Boa). Listed as Endangered by the International Union for the Conservation of Nature and the United States Fish and Wildlife Service (USFWS), this boa can be found from eastern Puerto Rico (PR), through the US Virgin Islands (USVI), and into the British Virgin Islands (BVI). This isn’t a large snake, as you may imagine when you hear the phrase ‘boa constrictor.’ This small snake only reaches about two to three feet in length. Even though we know most of the areas it occurs, it has low population numbers and is very secretive and almost impossible to find.

Now that you have some background info, let's talk about finding the boas! They are usually hiding during the day, within crevices or cavities in the trees or possibly underground, so we go out at night. During our surveys, we go out after sunset with bright flashlights (I prefer headlamps) to look for the snakes. At this time, they are beginning to come out and look for prey, which is predominantly lizards. They can be seen slithering across branches, slowly stalking anoles - small, tree-dwelling lizards -- as they are sleeping. These anoles are similar to what we have in North Carolina, but the Caribbean has a much larger diversity. However, the snakes camouflage well and they move so slow that it takes a good eye to spot one. 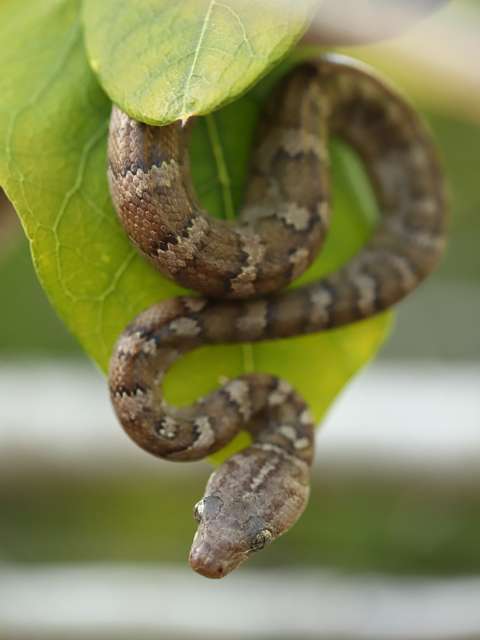 Luckily, we’ve conducted a few surveys, so we are getting pretty good at this. To date, we’ve found more than 50 VI boas during our nighttime hikes. Upon finding a snake, we gently capture them to collect data. This process doesn’t take long as we are just taking a weight, length, and implanting with a small PIT (Passive Integrated Transponder) tag. This is similar to what your vet implanted in your dog/cat at home, but even smaller. In addition, we collect some basic environmental data and GPS coordinates. Our veterinarian and vet tech follow this up by doing a visual health assessment and they collect a small amount of blood before the snake is released in the same spot it was found.

Pictured Above: Andrea Perrson with a VI boa

Not only are these snakes small, but they never bite. Well, I don’t usually use the words always or never, but I've never seen a VI boa bite anyone. Even if they did, their mouths are so small, that it wouldn’t hurt. However….they make up for it with a very pungent smelling musk. This is a great defense for them, because they are so small.  If I were a predator and smelled it, I would leave the snake alone! 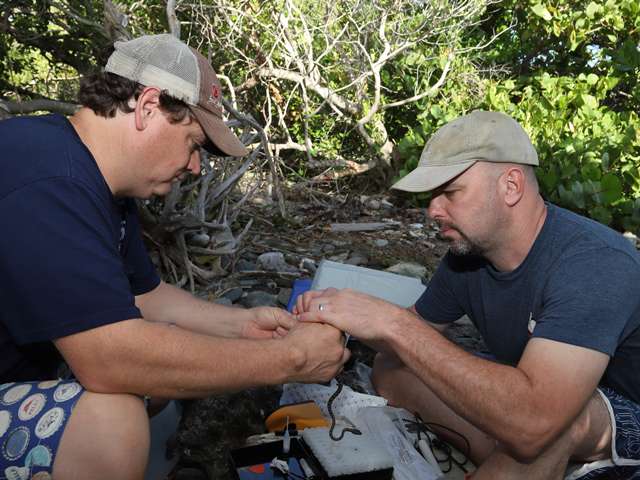 Ezra Ellis and Dr. Jb Minter with a VI boa

We are still in the infancy of the program. Within the past few months, we've acquired a small building at the Zoo, which will be dedicated to housing and breeding these boas. The goal is to introduce the offspring back to the USVI and develop a large, sustainable breeding program. We would like to help create numerous reintroduction sites and continue to release offspring until we have multiple safe, sustainable populations.

Our work here began because of our ongoing success with the Puerto Rican crested toad.  We’ve been working with the USFWS in Puerto Rico for many years and this collaboration formed the conservation program with the VI boa. The first steps we’ve taken are to conduct a health assessment on one of the known populations. This included zoo veterinarians, vet technicians, zookeepers and myself, along with USFWS, researchers from USVI Division of Fish and Wildlife and Dr. Graham Reynolds from UNC Asheville. As you can see, it takes a lot of dedicated people and collaboration to begin and sustain programs. 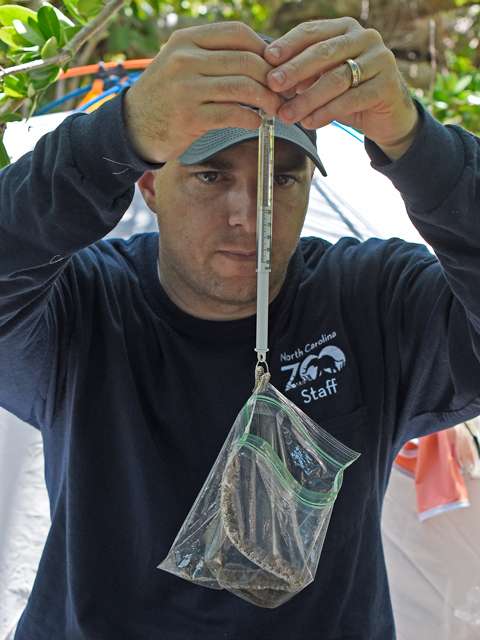 Keep checking back on the Zoo's website and social media for updates to this program. We are excited for the next few years as it continues to develop. 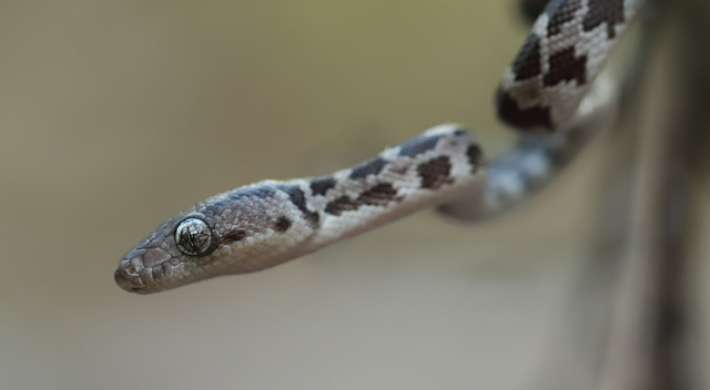