Carolina Canid Conservation: What is an American Red Wolf?

“What is a red wolf?” That is the question I asked a fellow zookeeper when I got my first keeper position at an Association of Zoos and Aquariums (AZA) partner in upstate New York 30 years ago. I had just graduated with a degree in zoology and I had worked at a smaller exotic animal facility. I was ready to conquer the zoo world, but I didn’t know what a red wolf was. I was brought back to earth by being introduced to this native North American species. The answer I got set me on a course that I would follow for the rest of my career.

A red wolf, or as we call it now, the American red wolf, is the most endangered canid in the world. There is only one existing population of less than 30 animals found in eastern North Carolina. It is indigenous to the entire Southeast and is the only large carnivore found solely in what is now the United States of America. The wolf species was revered by Native American tribes like the Cherokee and Chickasaw, but European settlers saw as competition and a threat to their way of life. It is the species that the U.S. government put bounties on to eradicate, and it is the species that now sits on the precipice of extinction if we don’t do everything necessary to save it.

The North Carolina Zoo has taken a lead role in saving the American red wolf from extinction. I am the Animal Management Supervisor that oversees the Zoo’s red wolf population. With the support of the Zoo, I have also taken on the role as the AZA Red Wolf Species Survival Plan (SSP) Coordinator and the AZA American Red Wolf Saving Animals from Extinction (SAFE) Program Leader. 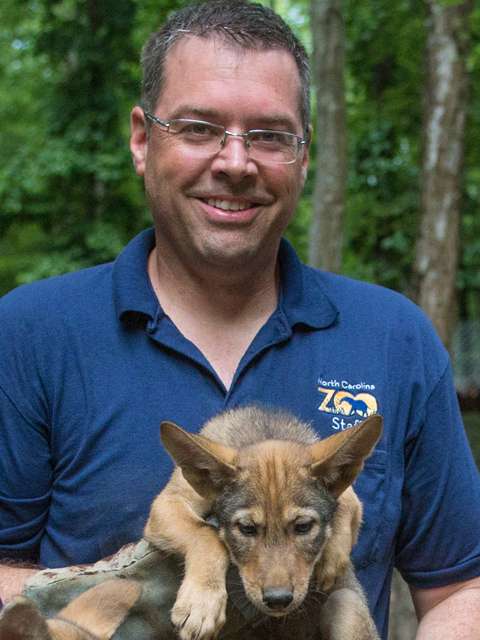 The SSP’s main goal is to make sure the population of red wolves under human care is maintained at healthy and genetically sound levels to provide an assurance population for future recovery efforts. Currently there are around 240 red wolves living at 40 partner facilities all within the United States. The North Carolina Zoo has the second largest group of red wolves with 20 wolves spread out in 11 different locations on Zoo grounds. This year (2020) we have five breeding pairs of wolves at the Zoo and there is a total of 26 breeding pairs within the entire population under human care.

The SAFE program’s main goals are to support the recovery program for red wolves by raising awareness for the species, providing resources to increase the population under human care, and increasing engagement of those trying to save this species. So far, the SAFE program has identified 55 new spaces at existing partners and at new partners added to the SSP. To put that in perspective, the SSP currently has a little over 100 spaces dedicated to red wolves. With a 50% increase in available space, the population under human care can increase to close to 400 animals.

This number is important because it provides enough wolves to maintain a healthy population under human care while providing wolves that could be released into a recovery area. The SAFE program has worked with Conservation Centers For Species Survival (C2S2) and the US Fish and Wildlife Service (USFWS) to provide a quarter of a million dollars that will be matched by partner facilities to help with the infrastructure to build these new spaces. The SAFE program has also developed talking points and teaching guides to be distributed to anyone looking to help raise awareness and engagement for this species. 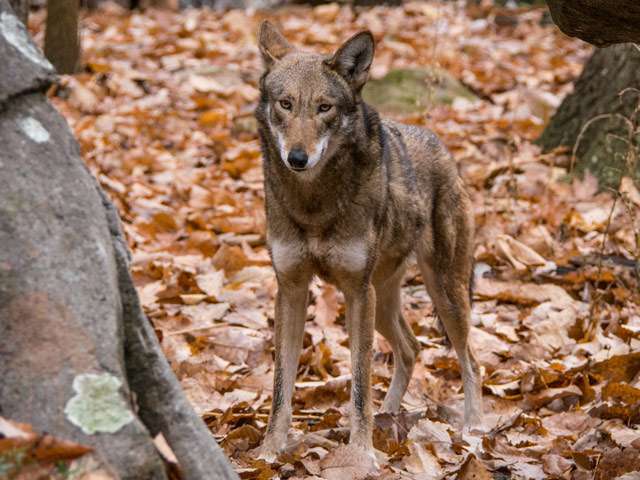 With less than 30 wolves left alive in the wild and restricted to only one location right here in North Carolina, the time to act to save this species is now. I have shared some good news and the efforts the North Carolina Zoo is undertaking to save this species, but we cannot do this alone. The Zoo is currently designing a facility and looking to raise funds to increase our population of wolves at the Zoo from 20 to 60. Along with these efforts, we need more people learning and talking about the American red wolf. Establishing and communicating that this species was here before us, why it belongs in the landscape, and how it helps to maintain a healthy ecosystem is vital. For example, sharing that it is the absence of wolves that may be causing the overpopulation of deer and the migration of coyotes into North Carolina will help raise awareness or the wolf’s importance. Take a look at our red wolf page on the North Carolina Zoo’s webpage to learn more. My dream is to never have anyone have to ask, “What is a red wolf?” ever again. 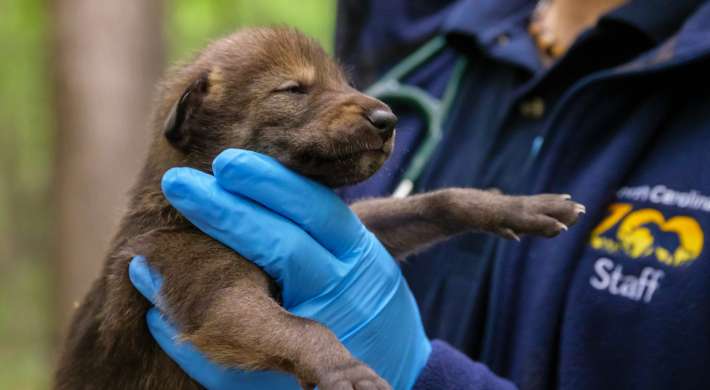 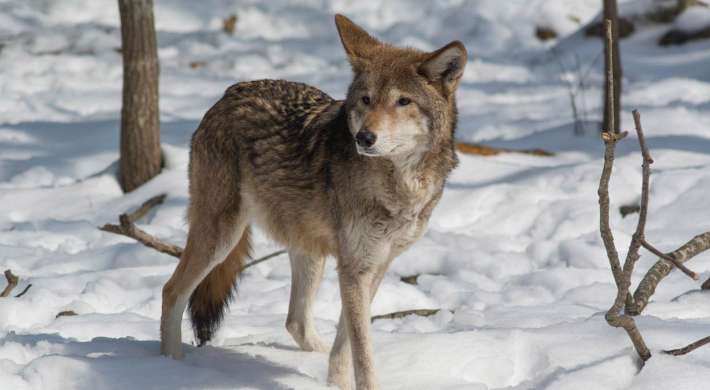 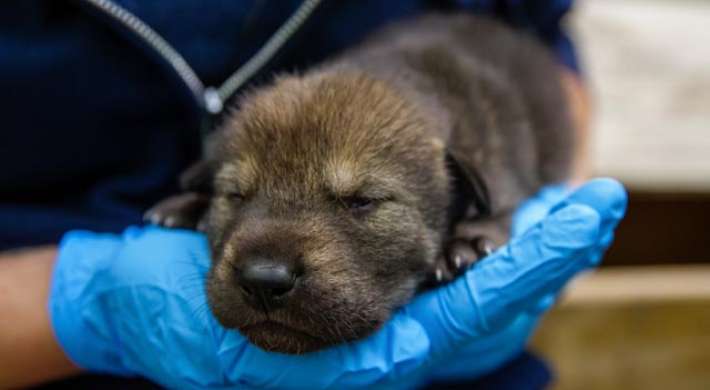 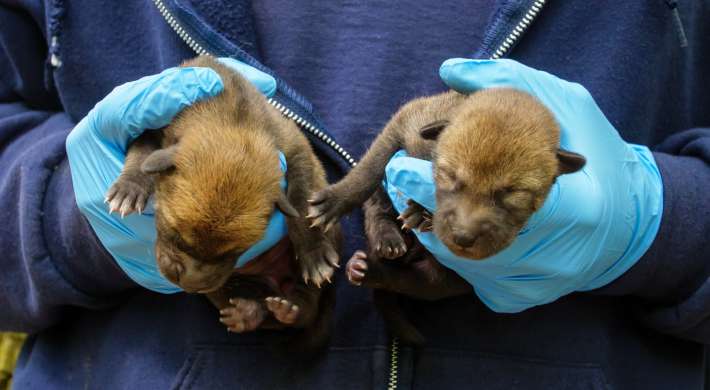 May 28, 2020 - Two Endangered Wolf Pups Born at North Carolina Zoo Bringing Total to Seven This Year. The pups are named in honor of a zookeeper who passed away last year.